I have my PPE exam today for my Professional Engineers Ontario licence. This is my first exam in 15 years (not counting citizenship, which was more of a test). I think it’s my first essay-question exam, possibly ever, certainly since school.

I never was very good at studying; last minute and aim for one point above the pass mark was more my style. I’m sure Catherine can confirm it hasn’t changed. 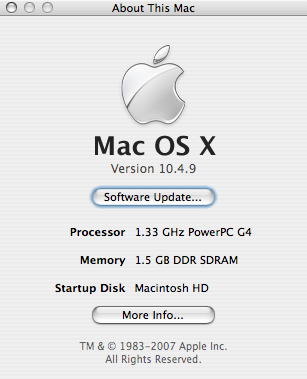 I just upgraded my iBook to 1.5GB, the most it’ll take.Â  The CDÂ·ROM Store took a bit of time to get the memory in, but when they did it was $50 less than I was originally quoted.

Each tim required power off, battery out, the keyboard to come off, a fiddly little plate to be unscrewed (which wasÂ  nothing like the Apple instructions said), the SODIMM reseated, fiddly plate restored,Â  keyboard in, battery in, power on. My old ThinkPad was a lot easier – I once installed RAM in it on a subway train …

I discovered last week that GO don’t have a central announcement system. That means that unstaffed stations like Kennedy and Exhibition always leave their passengers in the dark. Plus, the e-mail announcement system only alerts you if the train is more than 30 minutes late. I think by that time I would have gone home.

A Hawk and a Hacksaw – The Way the Wind Blows
A.C. Newman – Souvenir of Canada – EP
Beck – The Information
Calexico – Garden Ruin
Casper & the Cookies – The Optimist’s Club
Colin Meloy – Colin Meloy Sings Shirley Collins
Eels with Strings – Live At Town Hall
Elf Power – Back To The Web
Erynn Marshall – Calico
Faun Fables – The Transit Rider
Grandaddy – Just Like The Fambly Cat
Grant-Lee Phillips – nineteeneighties
Hidden Cameras – Awoo
Joanna Newsom – Ys
Jolie Holland – Springtime Can Kill You
King Biscuit Time – Black Gold
Mayor McCa – Cue Are Es Tea You
Peter Stampfel – The Jig Is Up
Robyn Hitchcock & The Venus 3 – OlÃ©! Tarantula
Sufjan Stevens – Songs For Christmas – Volume V: Peace
Sufjan Stevens – The Avalanche – Outtakes And Extras From The Illinois Album
The Be Good Tanyas – Hello Love
The Decemberists – The Crane Wife
The Essex Green – Cannibal Sea
The Flaming Lips – At War With The Mystics
The Handsome Family – Last Days of Wonder
The Instruments – Cast A Half Shadow
The Sadies – In Concert Vol. 1
The Wailin’ Jennys – Firecracker
Thom Yorke – The Eraser
Thomas Dolby – The Sole Inhabitant
Wendy Arrowsmith – Crying Out
Yo La Tengo – I Am Not Afraid Of You And I Will Beat Your Ass

Either the Fair Air Association of Canada is a last-gasp attempt by Big Tobacco to overturn Canadian smoking bans, or it’s a delightful work of twisted humour. I’m unsure which.

Every few weeks someone contacts me with a proposal for what is, in effect, a perpetual motion machine. He (for it is always a he) can demonstrate to my satisfaction that, unlike all the quacks and cranks and mountebanks I have heard about, he really has solved the problem. He has a special catalyst, or a new equation, or a hotline to God, which demonstrates what all other physicists consider impossible: that energy can be created. … My only defence against these people is to ask them for an article in a peer-reviewed journal, whereupon I never hear from them again.

— from Heat, by George Monbiot.

My 4 year old Athlon XP box finally gave up this week. It had been acting ropily for a few months, and now it won’t even boot. Don’t really need to replace it with anything powerful; maybe just a cheapo Sempron box. We’ll see what Canada Computers has to offer.

We drove more than 1900km this weekend to see Jenn and Don for their baby shower in Stony Creek (Branford), CT. Long drive, but good company.

I see that Americas Wind Energy updated their website to replace the site I wrote for them a couple of years back. It’s purty, but:

Oh wait, I get it – it’s a random turbine image for each page. Hmm. 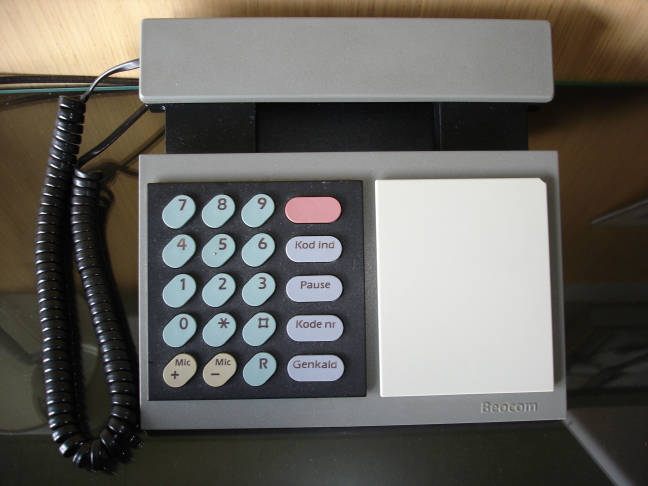 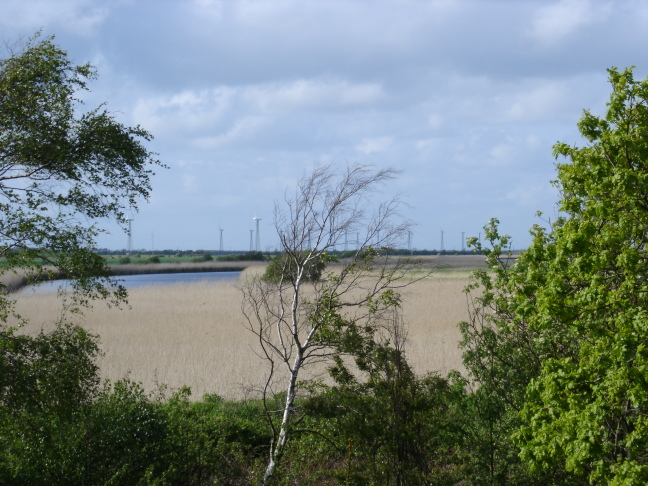 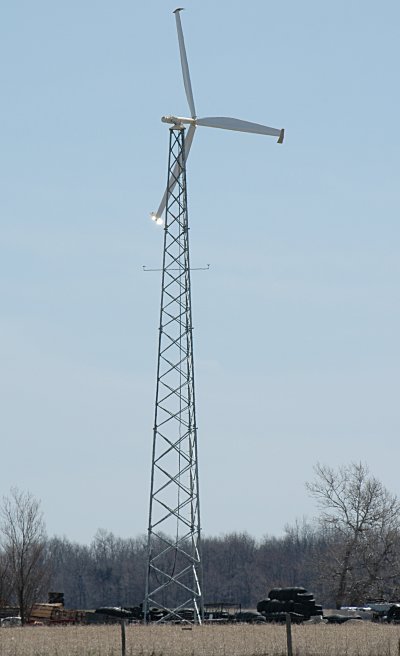 I think it’s an AOC 15/50; note the downwind design and prominent blade tips.

It’s near Mornington, which is SE of Listowel on Hwy 86. Catherine and I spent the weekend in Goderich, and we came home the scenic route through Wingham and St Jacobs.

Rather too busy gardening and stuff this weekend to blog. I did see this rather unusual flying thing in the garden; a T-shaped bug. 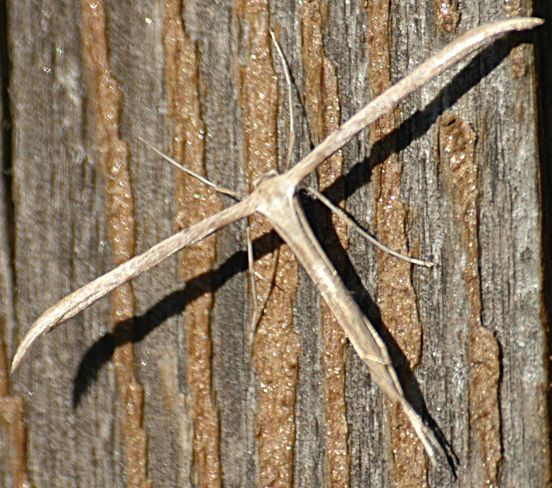 It’s a plume moth, say the good folks at What’s That Bug?

It’s lovely weather for it. Just a few weeks ago, it was bitter up here.

Strange coincidence: one of the surveyors, Joy, knows our friends the Bowyers.

Can you believe the Outlook mailbox limit at work? 60MB. Yup. I’ve been forced to tidy up every week.
I can’y believe a program as widely used as Outlook has so many critical limitations. Storing mail in binary archive files of limited size? Please; so 1989.