Logic (“Loyal Ontario Group Interested in Computers”) appears to be defunct now. The Internet Archive has 20+ years of their website logicbbs.org archived, but the domain no longer resolves. It’s a shame if they are completely gone, because user groups contain social history. Once it’s gone, well … never send to know for whom the CtrlG tolls; it tolls for thee.

(Apple II annoyance: searching for the term is harder than it needs to be, as people will try to use the typography of the time and refer to it as “Apple ][”, or “Apple //”. Even though the Unicodely-correct representation should be “Apple Ⅱ”, nobody uses it. I’m going to stick with the two-capital-eyes version ‘cos it’s easier to type.)

Just uploaded Les éléments de l’art arabe: Le trait des entrelacs by Jules Bourgoin (aka Arabic Geometrical Pattern & Design) to archive.org. This is much cleaned up from the Google Books scan, which had many duplicate pages and no metadata.

This is much better than the (now returned) Kindle edition …

I’ve uploaded Casper and the Cookies Live at Tranzac on 2007-05-03 to archive.org. Doesn’t look as if mp3 conversion is working yet, so I guess I’ll do that for now. 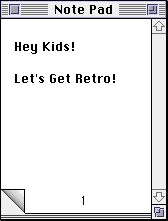 As I appear to have broken Catherine‘s ability to play Crystal Quest by upgrading her eMac to 10.3.9, I need to find an alternative way to run it. I remember running Basilisk II years ago on a very old Linux box — indeed, my ancient instructions are still here: archive.org :: Installing Mac OS 7.5.3 under Basilisk II on Linux, and quite amazingly, are still useful.