TPUG â€“ Toronto PET Users Group still publishes its software library for Commodore computers. You can buy it for $20.00 (Cdn) plus shipping and handling. Yes, it still makes TPUG money to sell it this way. No, it’s not available online but we don’t talk about that.

The scanned library catalogues are available as PDF: About the TPUG Library. They’re searchable via web search engines:
Google: site:tpug.ca amiga “puzzle maker”. The search is only as good as the OCR in the scan, but is better than nothing.

What you can’t do is search inside the disk images themselves. The files I made below might help with that, especially once search engines get hold of them:

Each line has the disk name and then the name of the file in that disk image, something like:

Note that I haven’t uploaded any of the disk images. Please don’t ask me for them. 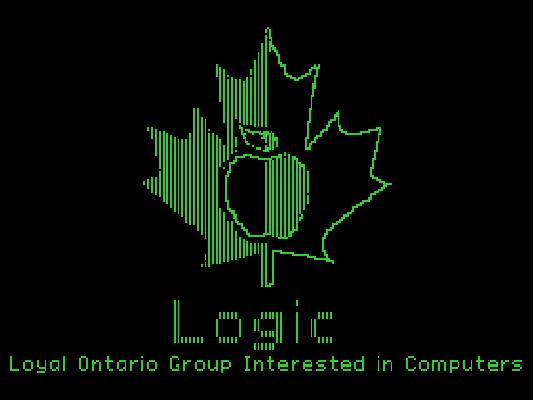 Well, that’s all the disks I can find easily up on archive.org. There are some Apple IIgs disks still to do, and there might be some random disks lurking in another box, but that’s more than 485 disk images uploaded.

You can find them by going to Internet Archive Search: creator:”LOGIC (â€œLoyal Ontario Group Interested In Computersâ€)”.

Logic (â€œLoyal Ontario Group Interested in Computersâ€) appears to be defunct now. The Internet Archive has 20+ years of their website logicbbs.org archived, but the domain no longer resolves. It’s a shame if they are completely gone, because user groups contain social history. Once it’s gone, well â€¦ never send to know for whom the CtrlG tolls; it tolls for thee.

(Apple II annoyance: searching for the term is harder than it needs to be, as people will try to use the typography of the time and refer to it as â€œApple ][â€, or â€œApple //â€. Even though the Unicodely-correct representation should be â€œApple â…¡â€, nobody uses it. I’m going to stick with the two-capital-eyes version ‘cos it’s easier to type.)