I’ve found that OpenSCAD is really good for producing 2d designs in a very small amount of code. Here are three examples to play with: 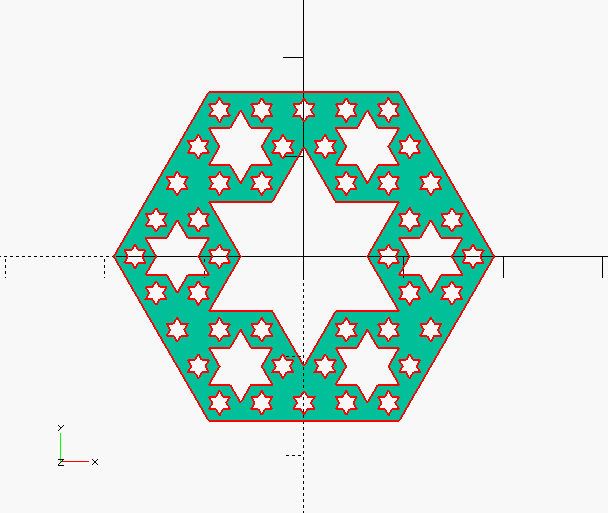 Diagonal Section through Menger sponge (SVG) (OpenSCAD source) â€” this may take a while to render, as it’s making a Menger sponge in 3D and then slicing through it to make the projection.

(If you take out the projection() clause, it looks like this in 3D: 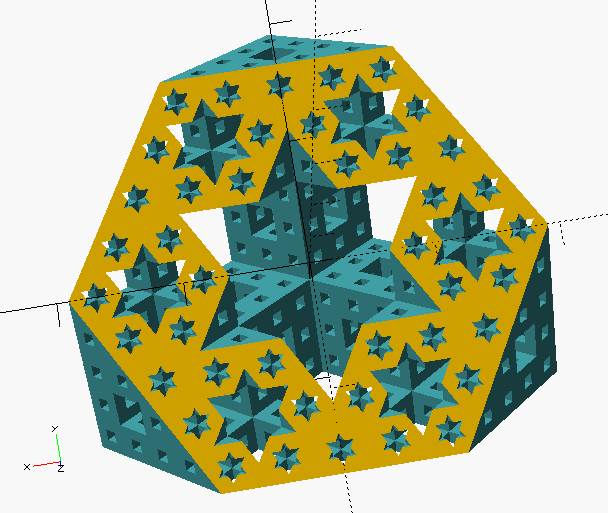 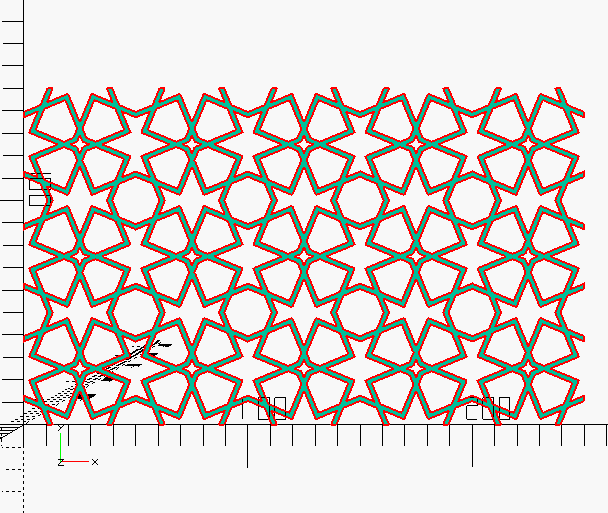 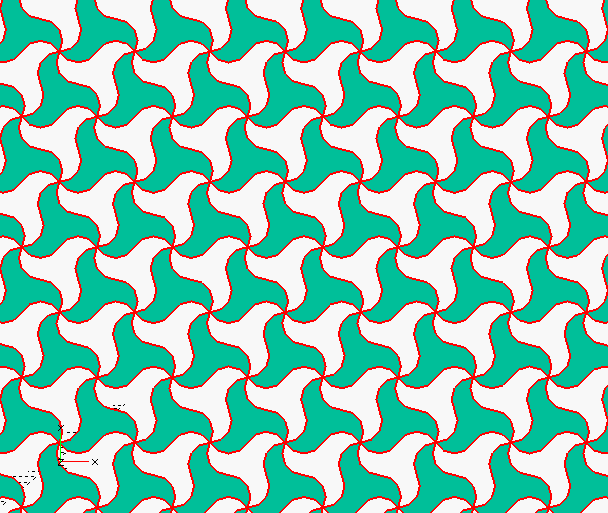 Basis of a pattern from the Alhambra (SVG) (OpenSCAD source) 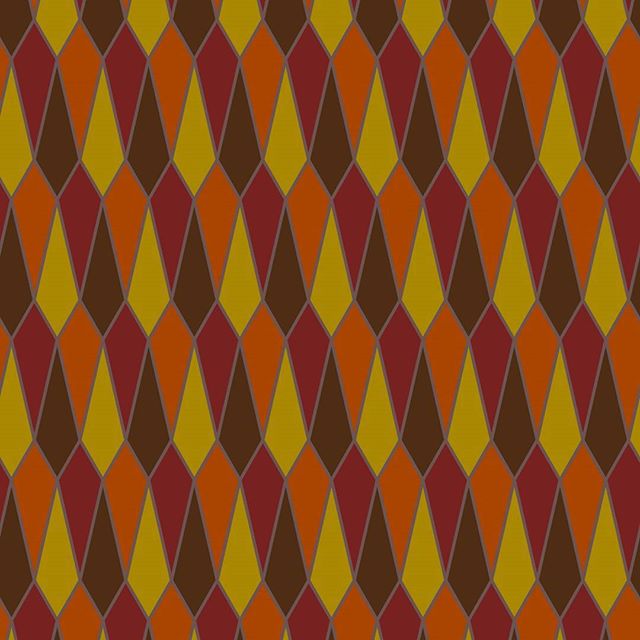 fell out of an arch design I was studying, and I thought it was too nice to throw away. Must’ve been something about the falling leaves that made me choose colours like these.

Here’s the SVG, if you care to:

(Not sure if I got the mosaic quite right. There were some damaged and replaced tiles that look a little out of place.)

svgo is, on the face of it, pretty neat: it takes those huge vector graphic files and squozes them down to something more acceptable. Unfortunately, though, the authors have seen too many files with junk machine-generated <metadata> sections, and decided that it’s all worthless.

Metadata isn’t junk; it’s provenance. Your RDF? Gone. Your diligently researched and carefully crafted Dublin Core entries? Blown away. The licence you agonized over? teh g0ne, man. svgo does this by default. It would be very easy to use this tool to take someone else’s graphic, strip out the ownership information, and claim it as your own. It would be wrong to do that, but the original creator would have to find your rip-off and go to the effort of challenging your use of it. All so much work, all so easily avoided.

You can make svgo do the right thing by calling it this way:

There’s apparently a config option to make this permanent, but the combination of javascript, no docs and YAML brings me out in hives. Given that the metadata section of a complex file is typically a couple of percent of the total, it’s worth keeping. Software passes; but data lives forever, so be kind to it. 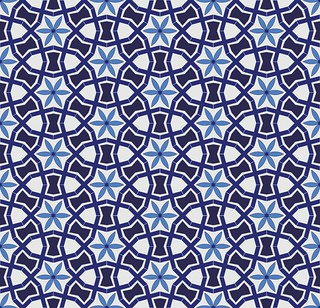 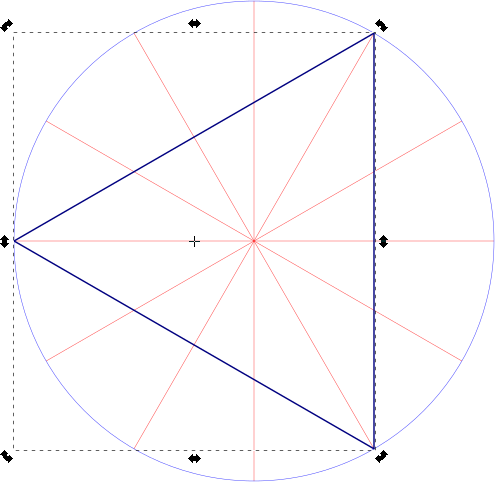 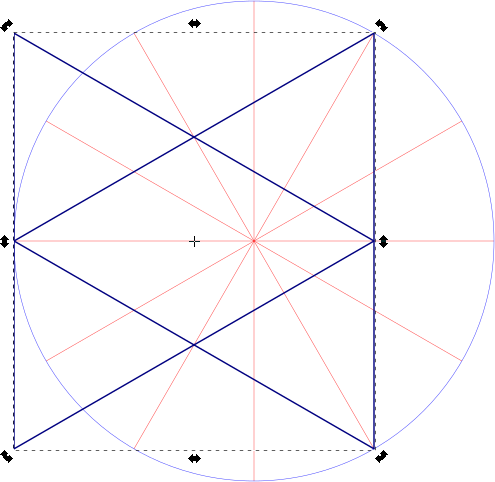 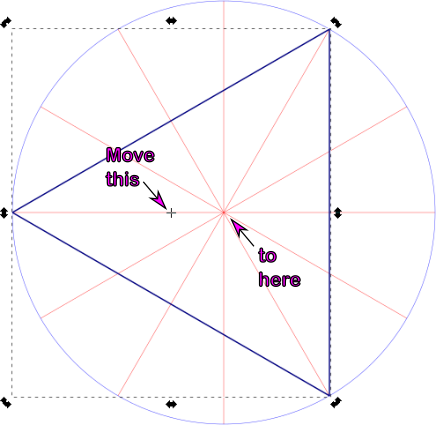 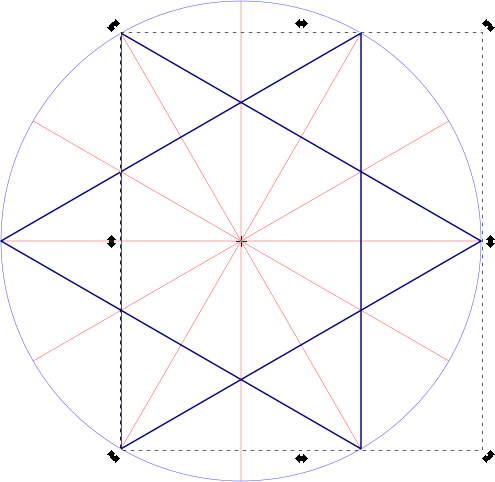 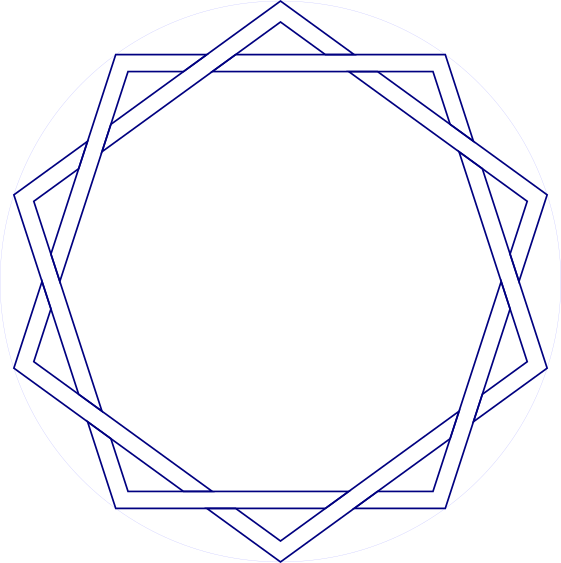 You can use Object â†’ Fill & Stroke and set Stroke Style on a path to make it wider, but sometimes you might want to work with the intersections of the edges of these paths. Fortunately, Inkscape makes this relatively easy.

First, give your path the width you want, say 3-5 mm. Then, with the path selected, use Path â†’ Stroke to Path. At first, nothing appears to have happen, but change the Fill to none (the â€˜Ã—â€™ icon) and the Stroke Paint to solid. Suddenly, the path will appear to get really thick, but reduce the Stroke Style: Width down to a fine line, and you’ll end up with the outline of your original path.

These SVG templates are modelled after Eric Broug‘s drawing templates for Islamic Geometric Design pattern elements. Although written for Inkscape, they should be usable with almost any graphics program.

By enabling snapping to nodes and object centres, your drawing program can act like an accurate straight edge and compass for constructing geometric figures.

The files are name N-LL-S.svg, where: 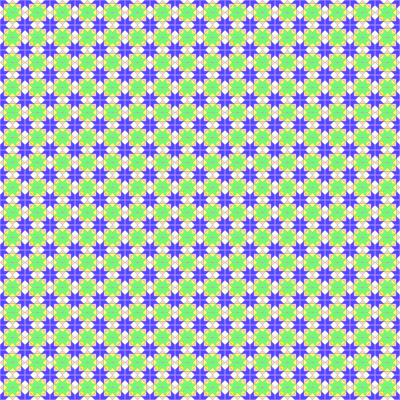 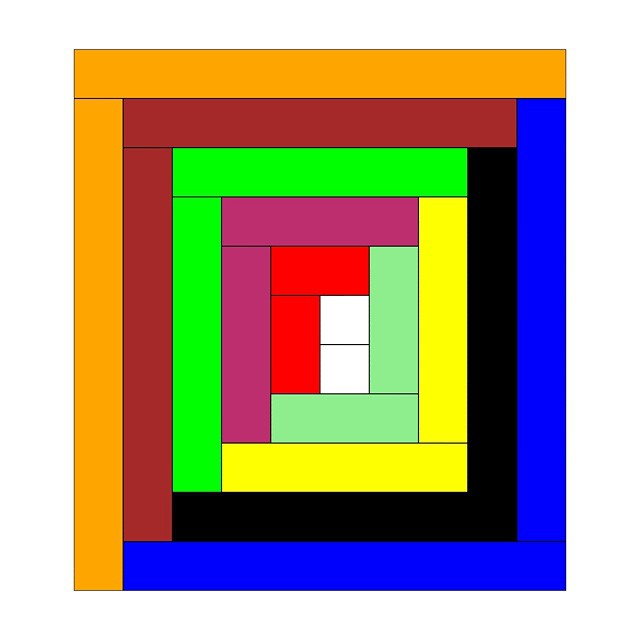 Rods! Or more specifically, CuisenaireÂ® Rods! Staples of my childhood arithmetic education: coloured wooden rods (now plastic, which will save them from the mouldy fate that befell some sets at Mearns Primary School), 1 Ã— 1 Ã— 1â€“10 centimetres long. Use them for counting, number lines, don’t-do-that renditions of Sun Arise, but absolutely never for flinging at tiny classmates.

Since it may actually have been Mrs. Cuisenaire who came up with the concept of rods, I drew a log cabin quilt section in virtual rods. The Gattegno in the title refers to Caleb Gattegno, the mid-century educator who popularized Cuisenaire’s work.

Should you too feel the need to have a virtual set of rods, here are some files you can play with in Inkscape (or any other SVG-aware editor):

The colours might be a bit off reality, but they’re near enough. I found it helpful to set a grid snap in Inkscape to 1 cm so that you could get the rods to align easily. If you want to get really nerdy, here’s the PostScript source I used to create the rods: rods.ps. I think I finally got the hang of basic arrays in PostScript â€¦

Creating this was in no way a means of me displacing getting round to doing my taxes this year, nosirree.

If you want to work out how tall a wind turbine is at a distance, you can use simple proportion:

If I hold my thumb at arm’s length, it’s about a metre from my eye. The tallest a turbine would appear from shore would be equivalent to the height of the top joint of my thumb. That’s pretty small. 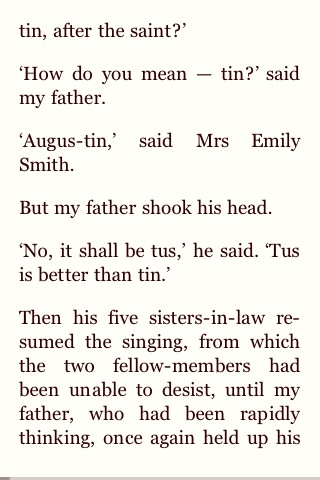 I’ve updated the markup for Augustus Carp, Esq: by Himself, and now host a local copy. Apart from changing the TeX-style quotes to proper Unicode typographic one, the main change has been converting the images to SVG for added crispness.

You’ll like it. It’s all about piety gone wrong.

Had another one lurking on my desktop:

and here’s the gnuplot code to generate it:

Just by messing around with the simple gnuplot script in the article Plotting the spirograph equations with ‘gnuplot’, I made:

Even to upload an SVG file, I have to bypass WordPress’s built in whitelist using PJW Mime Config, and manually add support for image/svg+xml. Otherwise, it’s refused as an insecure file. (All my files are quite well adjusted, I’ll have you know.)

Say if I want to embed this SVG image. I’d probably want to do something like:

But this doesn’t end up being what the final code says:

If I’d wanted Flash, I’d have asked for it. Do What I Mean, Little Computer!

Yay, that sorta works – but it doesn’t scale the image. You know what the S in SVG stands for? That’s right – Scalable. Doesn’t seem to allow scaling. Kinda defeats the purpose, doesn’t it?

I saw this on an envelope the other day. What can it mean?

To me, it clearly means “May be inspected only by two-dimensional officials with the Eye of Horus wearing a cap at 30° bearing insignia of an upturned army helmet with a lion rampant and a blancmange.”

Oh, and this is my first post with SVG graphics. Yay! 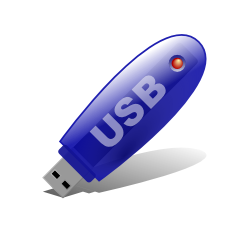 OpenClipart has loads of SVG clip art. I like SVG.