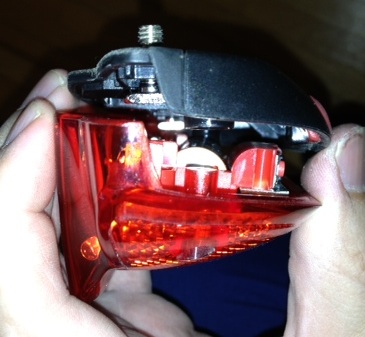 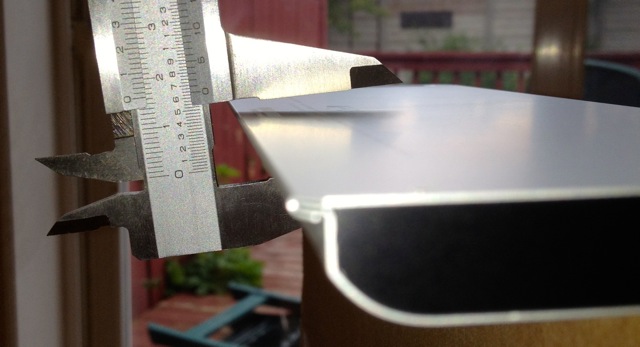 I’ve had my MacBook for just over three years (just past AppleCare, alas), but recently the trackpad had been acting up. I couldn’t get it to click and drag at all. Opening up the case showed me that the battery was getting a bit, well, tubby â€” something that apparently happens as Lithium Ion batteries age.

I finally ordered a new one, and it came today. It’s nearly 50% slimmer, and sits flat on the table, unlike the old battery. My trackpad works perfectly again.

I revived Catherine‘s old (old?! it’s less than half a decade old!) iPod Mini with a new battery from iDemiGods. The kit was under $10 shipped, and took about 10 minutes to install.

Strange how large and clunky the Mini feels compared to recent players. Of course, I immediately installed Rockbox …

I’m at a Hydro One seminar on distributed generation connection issues. The speaker just said that the breakeven for vanadium flow battery power storage is $280/MWh. Ouch!

So Apple sends me my replacement iBook battery. First I hear is a yellow tag on the door. I call up the DHL website, and redirect (or so I thought) the package to my work address. That was Tuesday.

Wednesday, there’s no package at work, but there is another yellow tag stuck on our door. No matter, it’ll come tomorrow (being today).

Nothing at work today either, and Catherine says that there’s a message from the DHL unclaimed parcels office in Markham. Having the old yellow bill with me, I head up to Markham to pick it up.

I thought that Purolator was bad, but DHL take teh cake. Not merely are they in the arse end of Markham, but I had to wait about half an hour to get my package, in a long queue of irate folks. Annoyance. And the thing is, DHL are right next door to Apple Canada, but the battery got shipped out of Sacramento.

The only tiny piece of amusement I got from all of this was that I used my :CueCat to scan the DHL ‘DNK’ number, and it worked. I am easily amused, but it’s all I’ve got.

My ThinkPad T21 is dying. Well, its processor and interfaces are fine, but its backlight is erratic, the battery lasts about 20 minutes, and the case is badly cracked. Because it takes so long for the screen to come on, it’s almost no use as a portable computer.

It’s a shame; it has been a nice machine. I’d prefer not to have to buy a new machine — it’s a toss-up between another used ThinkPad, or a new iBook — but this gets me very frustrated. Catherine has been complaining about how tetchy I am about it.

I’ve probably been very bad at responding to e-mail over the last few weeks because of this. Apologies.

My Palm gave up the ghost yesterday, less than a couple of weeks after fitting new batteries. I should have been suspicious of the remarkably cheap Duracell brand batteries I got from the corner shop. They are marked For Original Equipment ONLY.

A set of Duracell brand AAA batteries usually lasts me about two months. I wonder if these were some kind of pirated battery?