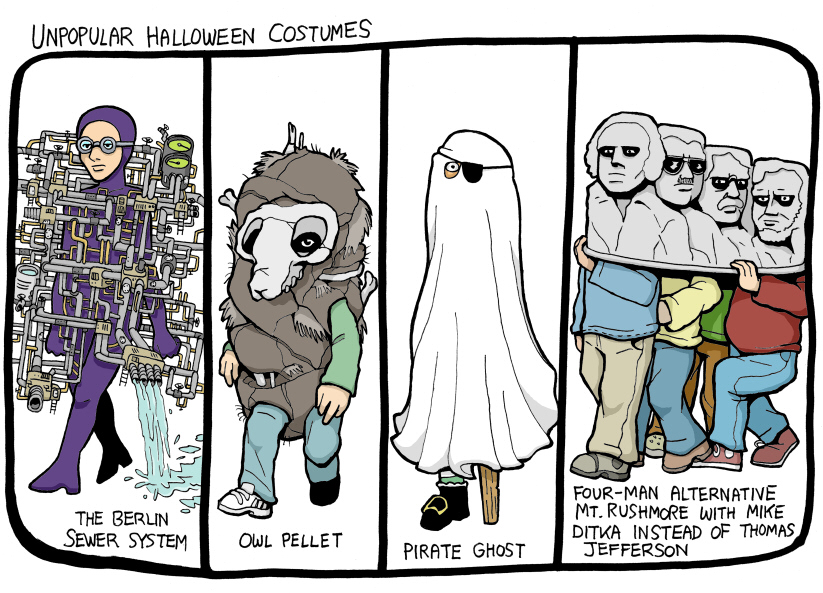 â€” from the ever-wonderful SUBNORMALITY!

How do I know that m@b reads my blog? Easy, ‘cos he hotlinked the image from the Ecobunk invitation to the Spacing Wire.

Long ago, Quigmans.com used to be the web home for The Quigmans, a comic of slightly higher than usual amusement.

But now it’s not. It’s about The Quigmans, but not in a way you’d expect.

This one almost made stuff come out my nose on the train: She cant possibly be enjoying this!

I see that Metro has dropped Comic Strip. I’m going to have to look elsewhere for my daily dose of suckage. The author has the audacity to expect us to petition Dose to pick up the strip. They’d be better off with Bob the Angry Flower, which is 100% suck-free.

but getting there: Comic Strip in Metro. Every day it lurks, just waiting to suck.