â€¦ or what you get if you video concentric RGB LED rings and put them out of focus. 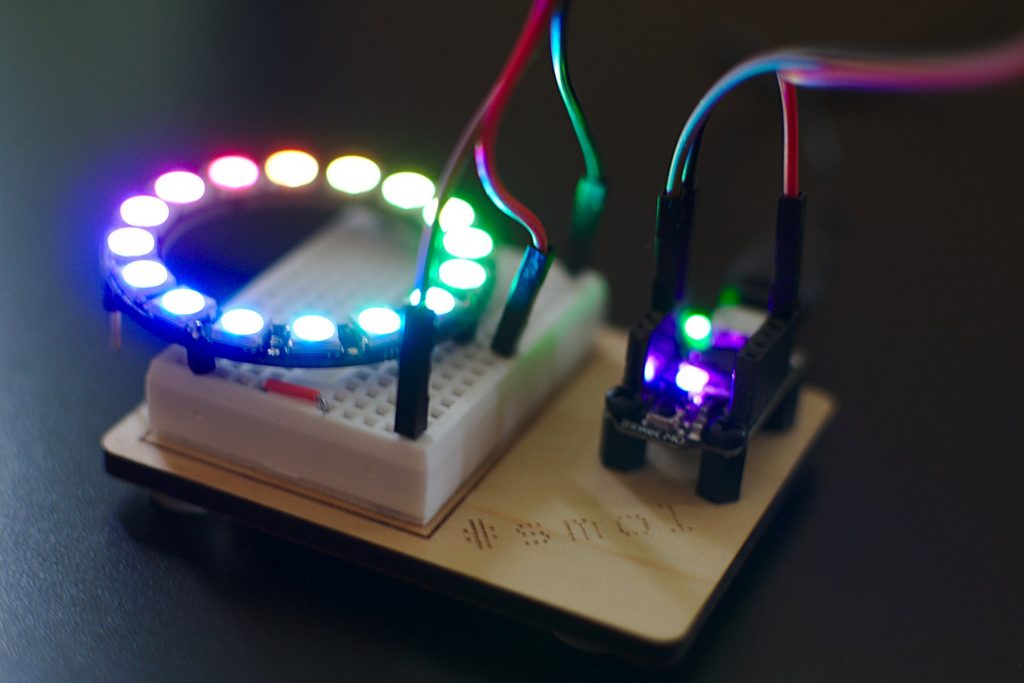 Yes, it’s a very tiny microcontroller board and breadboard doohickey. The board’s a Trinket M0 running CircuitPython 2.0. The base is laser-cut birch ply. Definitely #smolÂ  at less than 75 Ã— 55 mm â€¦ 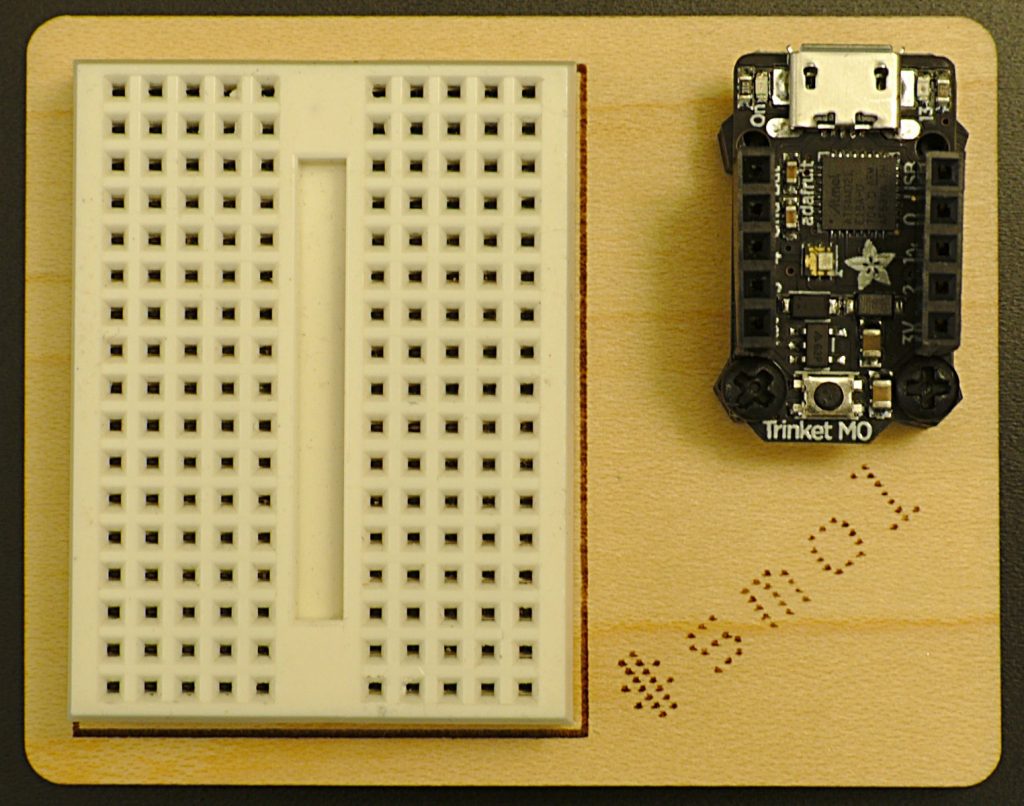 Here’s the SVG for laser cutting:

To build it, you’ll need:

If I were to redesign this, I’d:

Obligatory blinky code for running a 16 LED NeoPixel Ring and the LED in the middle of the Trinket: 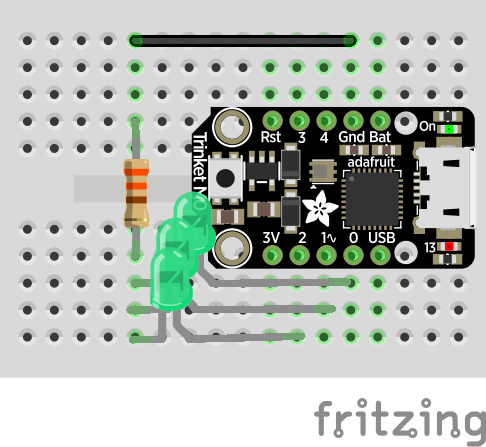