Some months ago, when Chloe from Seeed Studio got in touch and asked me if I’d like to write about their new Wio Terminal device, I didn’t waste any time in saying yes. I mean, would you say no to all of this?

It’s got a Raspberry Pi-type header that claims compatibility. The documentation for all the ports is a cut above the usual no-name ESP8266 / STM32 stuff:

The device is in a really tidy package. Its screen, although not a touchscreen, is super sharp.

There are three ways of programming the Wio Terminal:

Each of these have pros and cons.

Here’s the major problem I have with all of these development toolkits for the Wio Terminal: none of them provide high-level access to the device’s sensors and outputs. Compare this with Adafruit, who create things like the Adafruit_CircuitPython_CircuitPlayground module. On that board, you can access the LEDs, speaker, etc without having to go back to the schematic to find out which pin each of them is connected to. Because of this, I’ve only been able to scratch the surface of what the Wio Terminal can do.

The Wio Terminal is a little too powerful to be thought of as a simple micro-controller platform, but not quite powerful enough to be a standalone general purpose computer. I wish I could find a great application for it, though.

This post is modified from the talk I gave to the Toronto Raspberry Pi Meetup group in December 2020: SeeedStudio Wio Terminal: Applications with the Raspberry Pi. Thanks to Chloe and all at SeeedStudio for sending it to me.

Disclosure: SeedStudio sent me this unit free of charge.

Summary: Buy the paper edition; this book is illegible on Kindle.

The original book features very finely engraved line drawings, with construction lines showing how the patterns are built up. The Kindle edition has only low-resolution scans, so the lines break down into noise and are very hard to follow. You can’t zoom in, either. The figure numbering is entirely absent from the Kindle edition, so you can’t use this book for reference. Some of the page scans are squint and partially cut off, too.

Very disappointed in this purchase. You’re better off with the paper than trying to squint at these smudgy pixels. 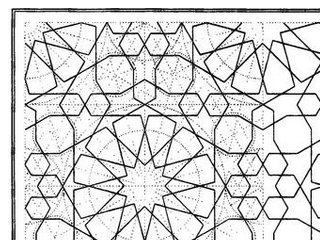 I’ve heard people complain (still) that â€œâ€¦ a good bike shouldn’t cost more than $100â€. When I heard the news that Dave Chant was closing upÂ  Beater Bikes and liquidating his remaining stock of bikes for $100 each, I thought I’d give it a try. 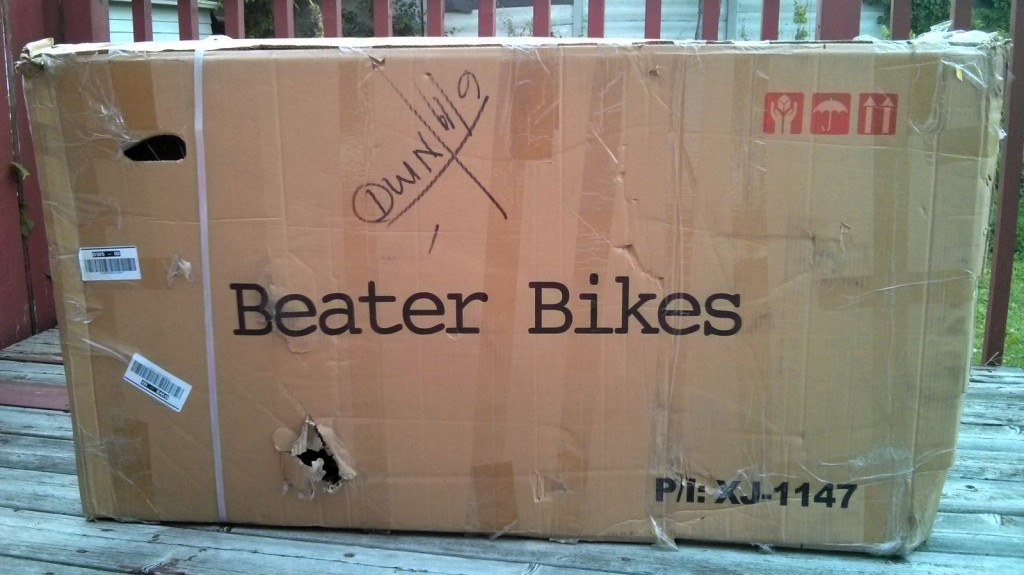 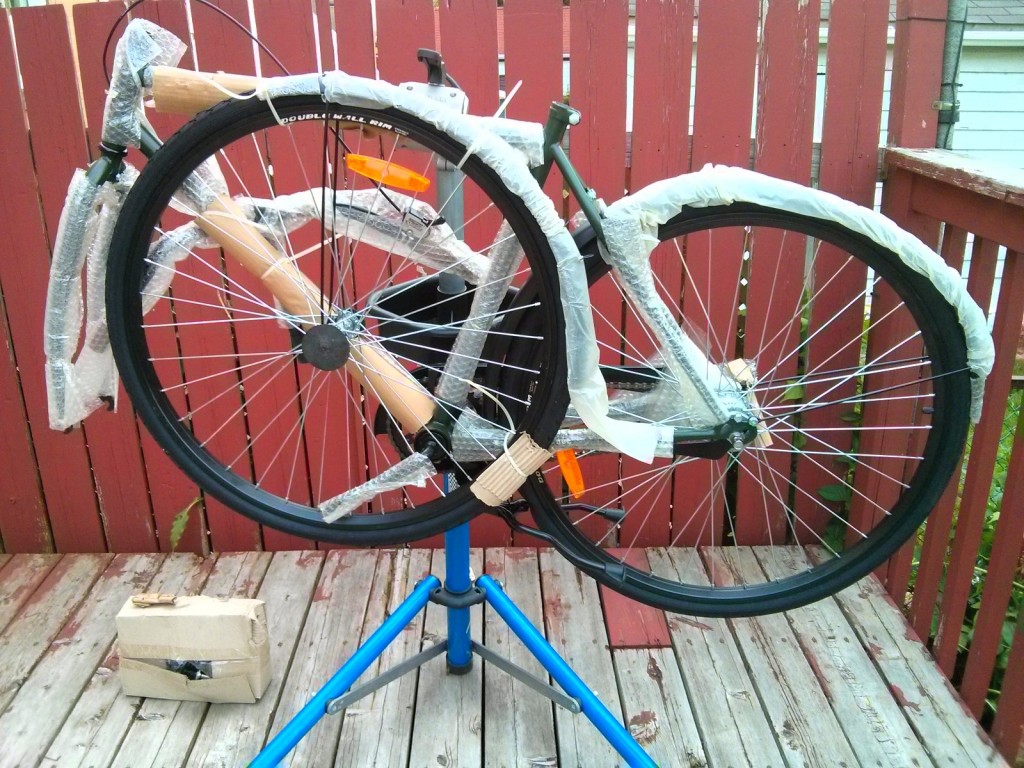 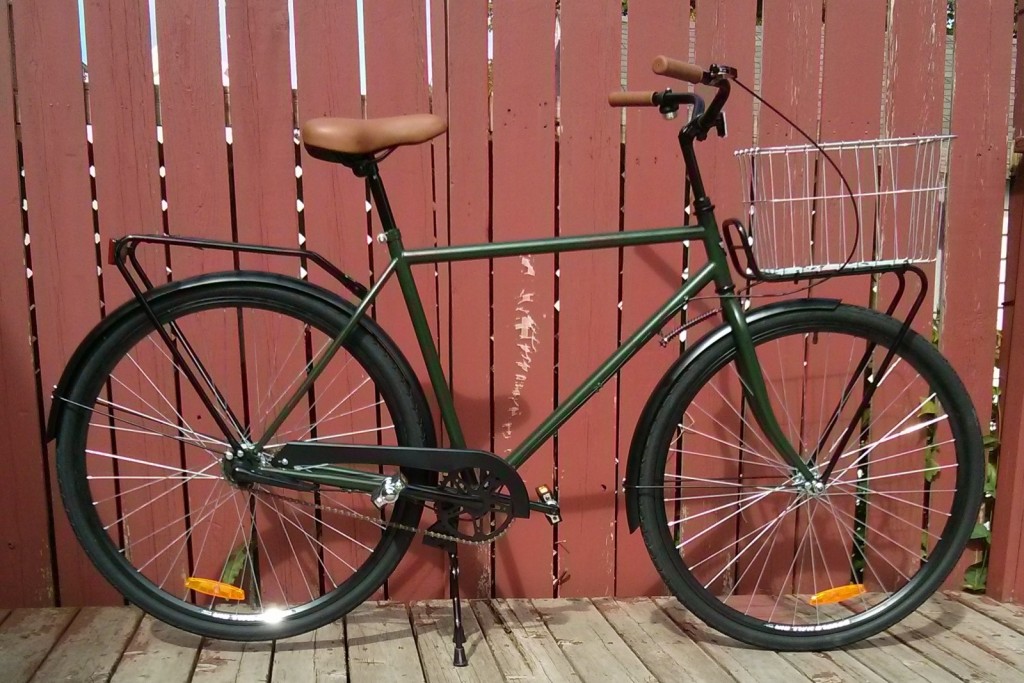 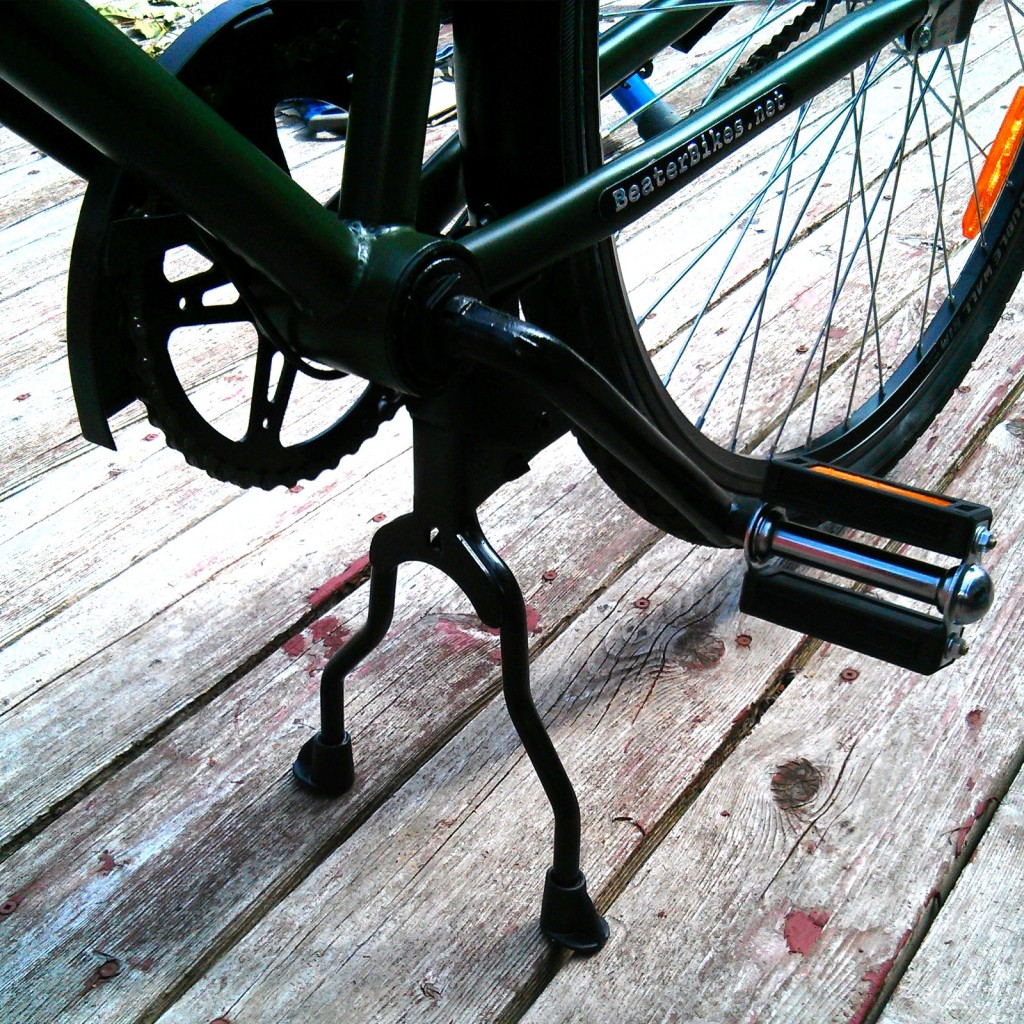 The bike has a particularly nice kickstand. Coupled with the steering stabilizer, it’s a bike that’ll lean against a wall without falling in a heap. It’s also my first bike with a one-piece/Ashtabula crank, which is more a matter of where I grew up â€” only BMXs had them in the UK. 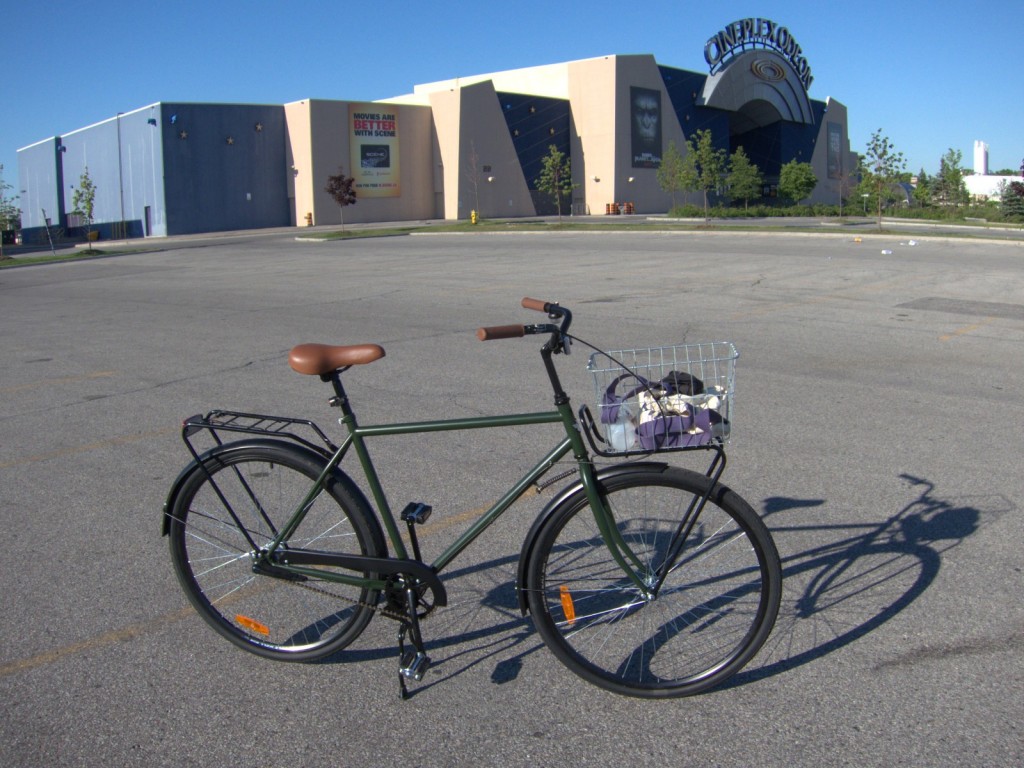 It rides well, though I have to say that riding a bike with only a coaster brake is a little off-putting.Â  I haven’t mixed with real traffic on it, and our shed has developed a bruise from where I shot up the driveway, completely forgot how to stop, and collided with the shed. Only pride hurt. 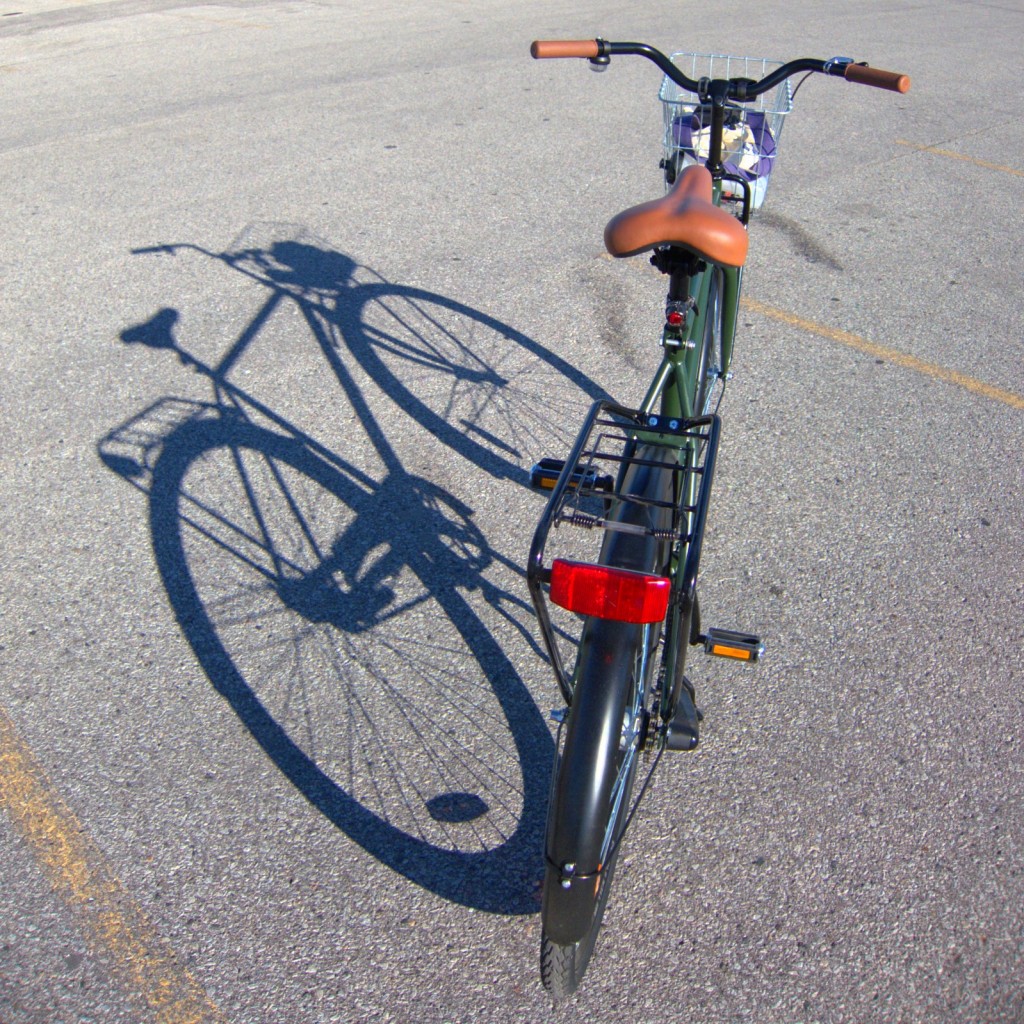 A review of The Smiths written for fegmaniax:

So then, The Smiths. Or rather, mostly Benny, who is so closely linked to the sound of The Smiths for me that I can’t hear Morrissey without picturing Benny.

I knew Benny from the first day of primary school. Within the year, we knew he was a creative kid. He made weekly comics for all his friends, comics scrawled on offcuts from his dad’s stationery shop. Each comic was different, with different characters and careful story arcs (in my case, mostly fart gags) for each friend. We’d forgive Benny’s at best phonetic spelling, ‘cos we were each of us six at the time.

A few years passed, and Benny and I went to different schools. At age 12, tho’, we ended up in the same secondary school. A bit taller, fractionally better at spelling, he was one of the weird kids of the year. He was one of the first indie kids on my radar, and his frantic indie cool kept him from being picked on.

It was easy to be indie in the UK in the 1980s; you still listened to BBC radio, but you tuned to John Peel at night, just like everyone else. If you wanted to be identified as indie, you talked about what John Peel played. There was only one alternative. We’d only just got a fourth TV channel, and we needed alternatives so badly in the Age of Thatch that we’d even wait eagerly for Richard Whiteley to come on …

So there was Benny on the school bus; the clapped-out, clearly illegal motor coach with the brutish owner-driver Spamheid crashing gears and smoking furiously. Benny would be waving his arms about “Woa-hay … Morrissey … This Charming Man … he’s great, woa-hay”, then fall into the smokers at the back as Spamheid took the roundabout at Pollokshaws too fast.

So dedicated to the Smiths was Benny that he’d bring his albums into school. Not that there was any place to play them, it was just the awe of the medium, and his reverence for the sounds that they represented. 12″ was a lot of real estate in a teen bag, especially on transit.

And those sounds … the album starts with an impossible 80’s drum track, but Reel Around the Fountain is so lush and lengthy you can forgive that. You’ve got to have a tolerance for warble and jangle to even get a handle on this album, but the next two tracks kind of lead you away. “Pretty Girls Make Graves” is a surprisingly sweet fourth, “The Hand That Rocks The Cradle” does almost nothing, and then there’s the album’s stormer, “This Charming Man”, so short it’s almost over by the time you’ve sat up to take notice. You had to live in the now back then. Blink and you’d miss it.

TCM is the first of a run of four epic tracks, with “Still Ill” being the handbook of eighties indie disaffection, “Hand in Glove” adding the bit of depth to the proceedings (I remember seeing Benny’s notes on the song, and what he thought it all meant. I suspect it’s still classified). And then, “What Difference Does it Make?”, the whirling anthem of the album – where the re-enactment of Morrissey’s stage antics got the only marginally-coordinated Benny pitched into the fag pit again as Spamheid gunned the beat-up Plaxton up the Ayr Road.

Last two tracks? Who cares? If you’re not spent and reclining by the end of WDDIM?, you weren’t listening to the same album.