A fairly accurate rendition of the 5Ã—7 dot matrix font printed at the
top of punched cards by the IBM Type 29 Card Punch (1965).

The 029 (as it is sometimes known) generated a bitmap font from an engraved metal plate pressing on a matrix of pins. A picture of this plate from a field engineering manual was used to re-create the pin matrices, and thus an outline font.

The 029 could have many different code plates, but the one used here contained the characters:

The character glyphs have been sized such that if printed at 12 points, the 029’s character pitch of 0.087″ is accurately reproduced. No attempt to research the pin matrix pitch or pin diameter has been made: the spacing was eyeballed from a couple of punched cards in my collection.

The earlier IBM Type 26 Card Punch (“026”) included a glyph for a square lozenge (Unicode U+2311, âŒ‘). The 029 code plate did not include this character, but I added it here for completeness.

The character set was extended to include:

While there may have been official IBM renditions of some of these additional glyphs (with the exception of euro) no attempt has been made to research the original shapes. This font set is intended to help with the visually accurate reproduction of 1960s-era punched cards, mostly coinciding with my interest in the FORTRAN programming language. No attempt has been made to use historical BCD/EBCDIC encodings in these fonts. We have Unicode now.

The 029 card punch could not produce any bold or italic font variants, but FontForge can, so I did.

Things I learned in making these fonts 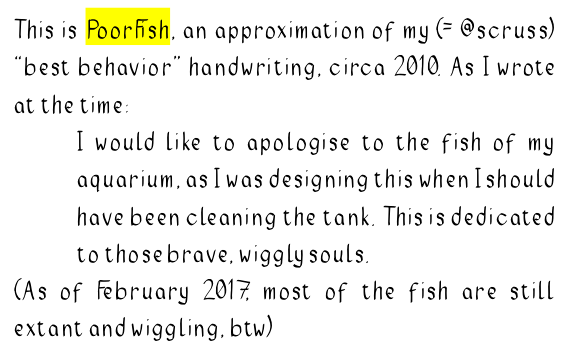 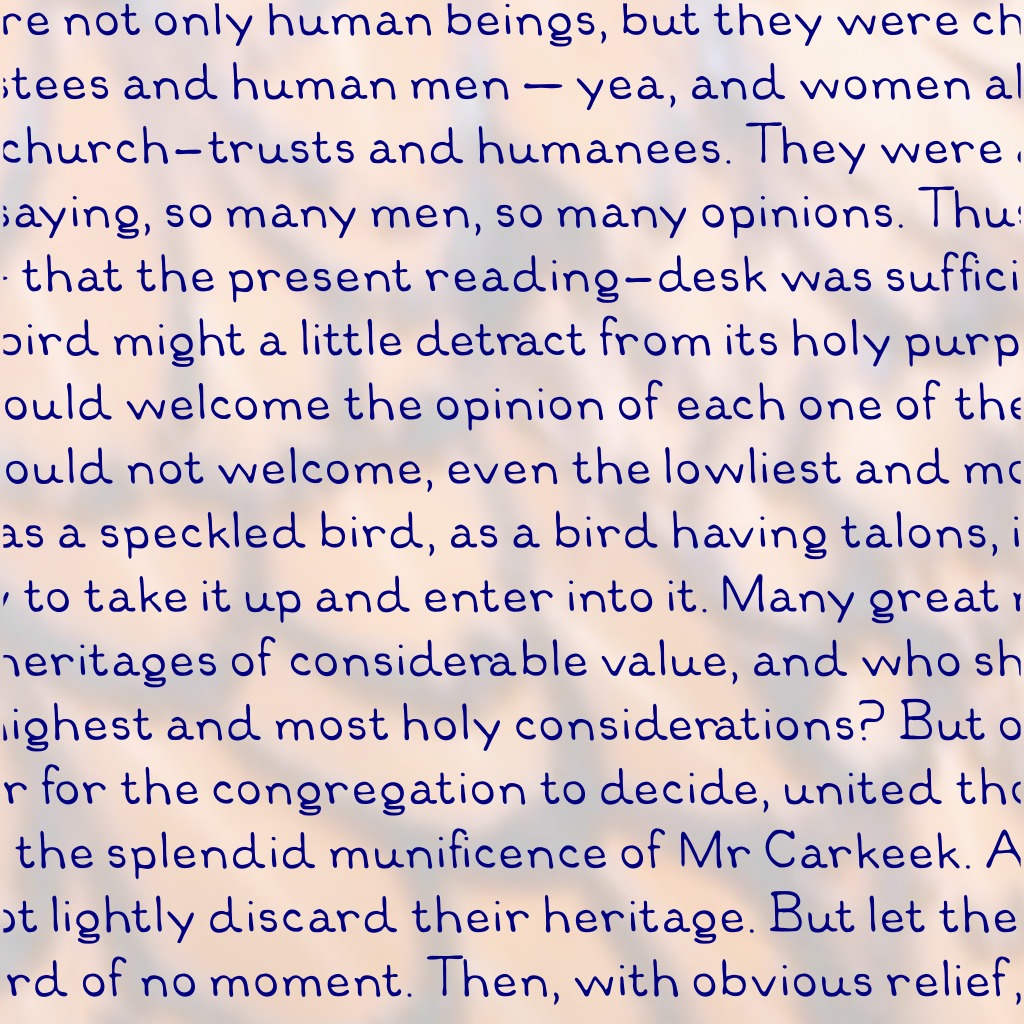 LibHandDis â€” Based on scans of â€œLibrary Hand – Disjointâ€, described in Dana’s A Library Primer, with some modifications.

(idea for this came via MetaFilter, This question of library handwriting is an exceedingly practical one)