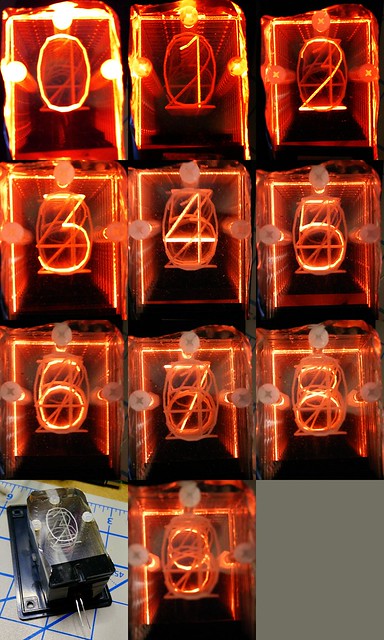 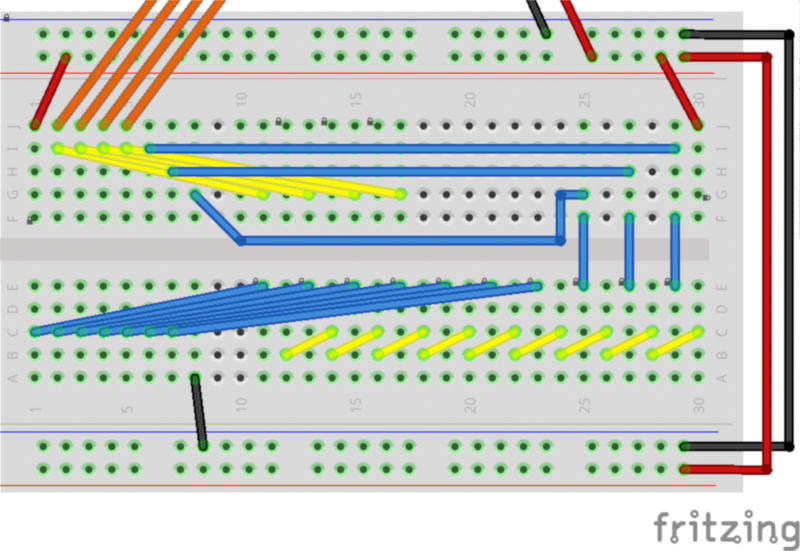 Apart from the 74LS42 chip itself, the components I used were 10Ã— 3mm orange LEDs on the outputs and 4Ã— 3mm green LEDs on the inputs. I don’t have a spec for them (they were from a bargain selection box from PCBoard.ca) so my use of ridiculously precise 332 Î© 1% resistors to limit current is a little unnecessary. (I have a bunch of these precision resistors from a project that didn’t go ahead, so using them is cheaper for me than digging about for a 5% one.)

Finally, here’s the Arduino sketch I wrote to drive the chip for the demo video. All it does is cycle through digital outputs 4â€“7, incrementing a bit every half second.