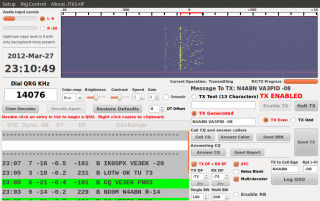 I’d been trying to get JT65 to work in Ubuntu for a long time. K1JT’s package is fiddly to set up, and the version in the repositories is ancient. I’d had minor success with the Windows version of JT65-HF under Wine, but it wasn’t very stable, and any attempt to switch programs (something I, Capt. Micro-Attention-Span, do a lot) caused it to crash.

Thankfully, I found W6CQZ’s compiled version for Linux, which installed and ran almost without hitch. What you need to do is make your rig’s audio interface the default sound card, and then JT65-HF should pick up the interface and use it straight off: 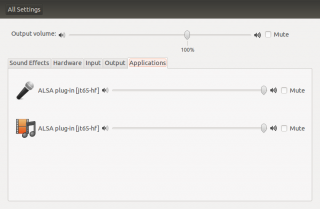 That’s gnome-control-center confirming that JT65-HF is using the sound device. You do have to be a bit careful not to send computer audio across the airwaves when you do this, though.

The one good thing that is built into Ubuntu is that you don’t have to worry about clock synch like you do on Windows. Ubuntu pretty much keeps the system clock on perfect time, and Jt65 expects everyone to be synchronized. Doing this on Windows is much harder than it needs to be.

It’s a great mode. This is how I was heard earlier this evening: 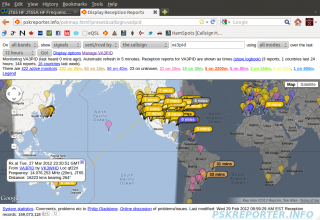 They heard me in Australia, on 12W!

Update, 2012-06-17: W6CQZ’s binary won’t run under Ubuntu 12.04 LTS, so I had to bite the bullet and build from source. I grabbed the SVN repository, and followed M1GEO’s instructions Compiling WSPR. It’s still fiddly to choose which audio device (I use Pulse, and can use the same number for both input and output). See, lookit; signals! 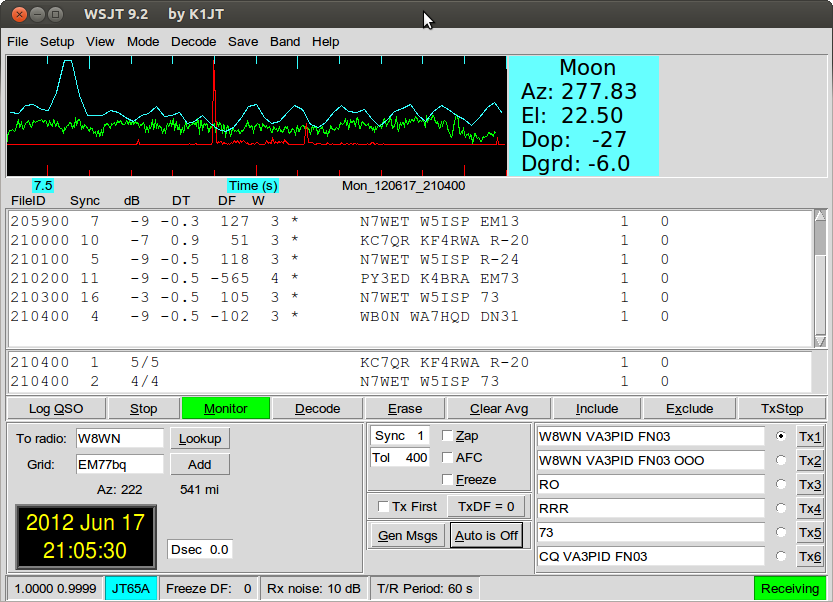