Plain text BASIC — taxman.bas —runs under interpreters such as bas. Almost verbatim from the 1973 publication. May not allow you to play again on some interpreters; you might want to try my slightly rearranged 40 column version that should run on systems that don’t allow a variable to be dimensioned twice.

Amstrad CPC Locomotive BASIC — taxman.dsk — or as I call it, BASIC. 40 columns yellow on blue is how BASIC should look.

BBC BASIC — taxman.ssd — for all the boopBeep fans out there. You can actually play this one in your browser, too. Yes, the number formatting is weird, but BBC BASIC was always its own master.

Commodore 64 — taxman.prg — very very upper case for this dinosaur of a BASIC.

ZX Spectrum (Sinclair BASIC) — taxman.tap — 32 columns plus a very special dialect (no END, GOTO and GOSUB are GO TO and GO SUB, …) meant this took a while, but it was quite rewarding to get going.

Sinclair ZX81 (16 K) — taxman.p — this one was a fight. The ZX81 didn’t scroll automatically, so you have to invoke SCROLL before every newline-generating PRINT or else your program will stop. For some reason this version gets unbearably slow near the end of long games, but it does complete.

It’s got one fewer wheels than the C5 (which, stap me, appeared a quarter century ago) but it does look like a proper recumbent: 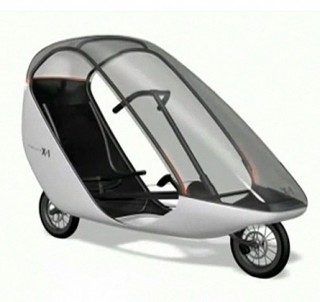 While the Sinclair Research X-1 does look quite nifty, I worry about the “Reserve now for £100, pay the rest on delivery next year” terms. It’ll probably turn up at the end of 2012 with a wobbly RAM expansion, and needing a firmware upgrade before it can turn left. 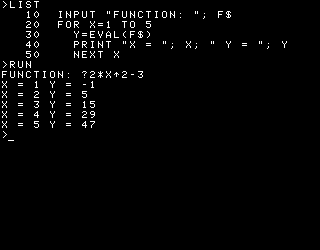