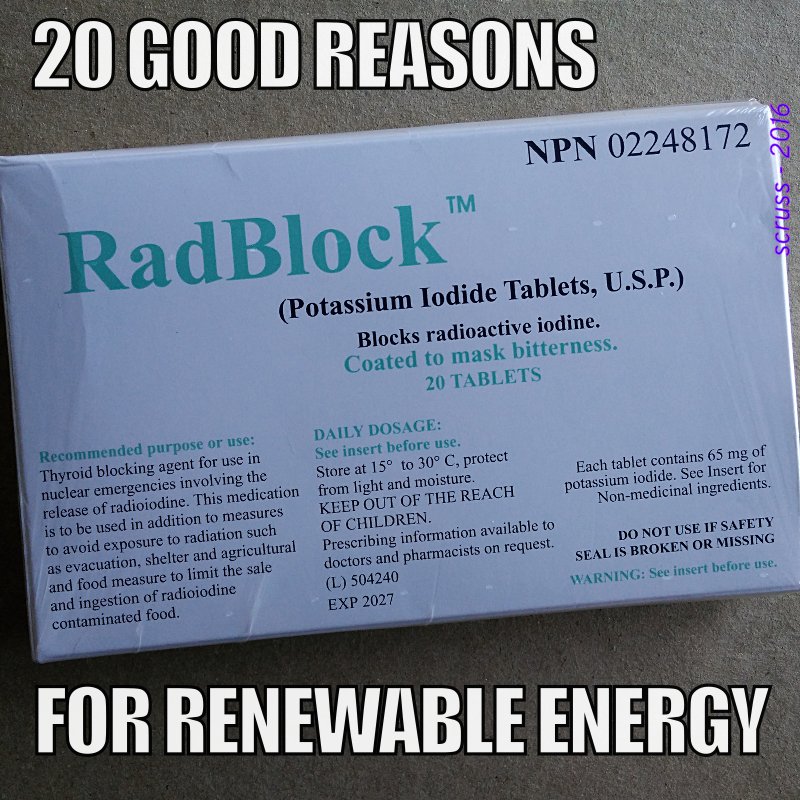 You can get these from preparetobesafe.ca.

Tories announce $1.5-billion renewable energy plan. Which would have been nice if it hadn’t just been the old Liberal WPPI program (which the Tories cancelled) renamed, and claimed as a whole new thing. And there was highly qualified rejoicing.

(I can’t guarantee that Country Guardian won’t quote me out of context. I could make a cheap shot about not blaming them for their paymasters in the nuclear industry requiring value for money, but I won’t …)