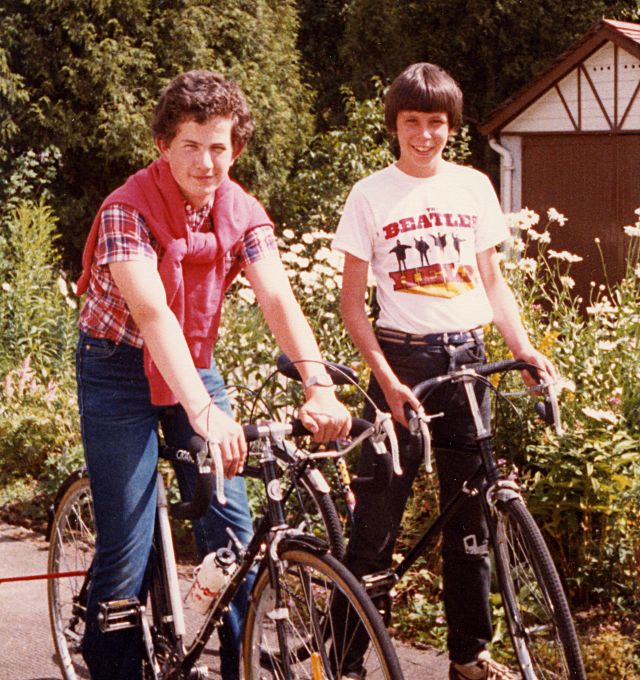 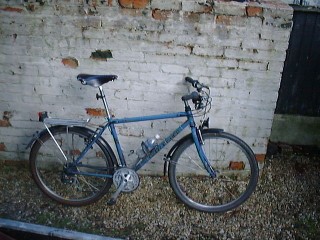 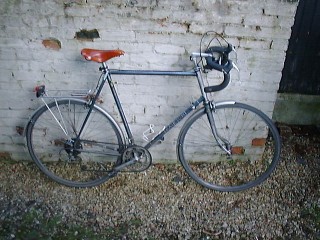 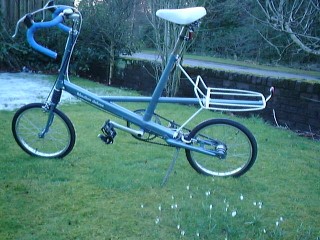 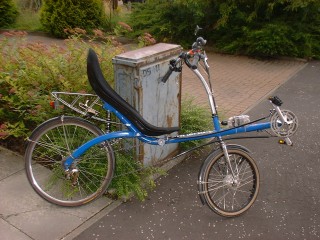 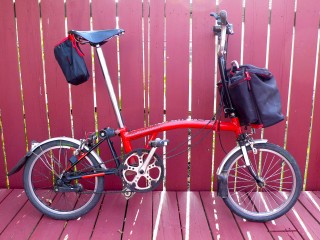 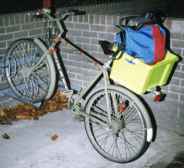 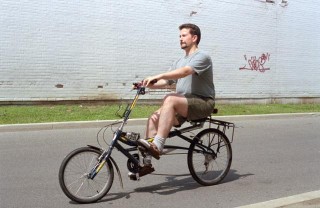 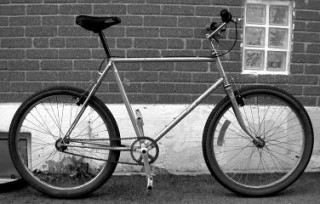 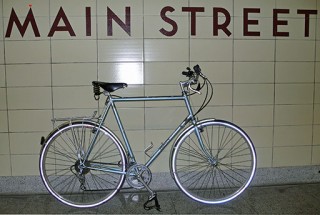 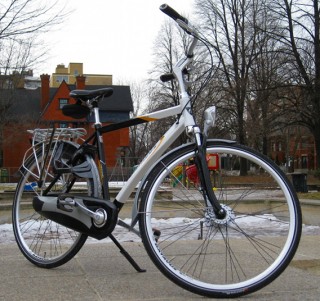 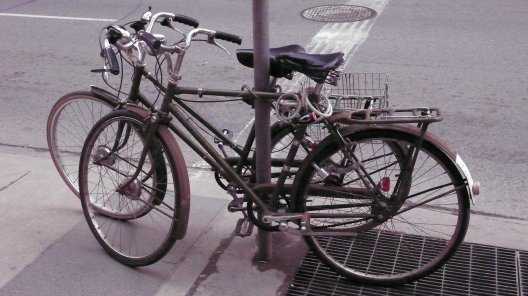 The small image doesn’t do them justice, but I saw two Raleigh Superbes locked together near Dundas on Yonge.Â  These were the deluxe ones with the locking steering column and the front dynohub. Lovely bikes, definitely sensible.