Thingiverse‘s Customizer allows users to customize suitable OpenSCAD models without knowing any OpenSCAD code. While it does have some documentation to help developers along, there’s still a lot of guesswork. 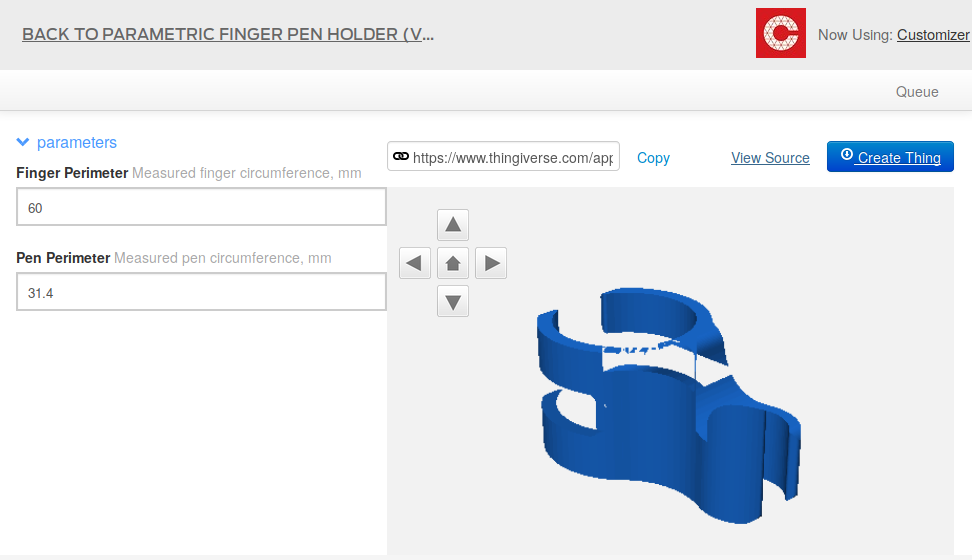 I released my first (working!) Customizer design the other week: Parametric Finger Pen Holder (Vertical). While the docs are the primary source of developer information, you might want to know the following: