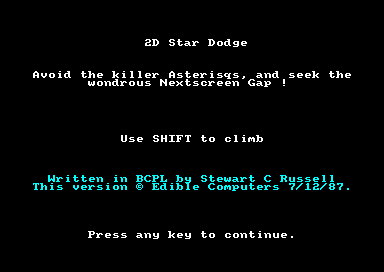 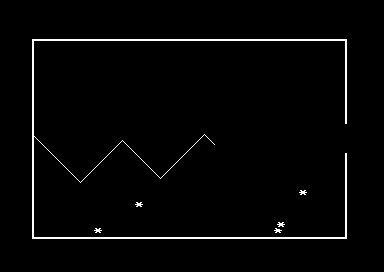 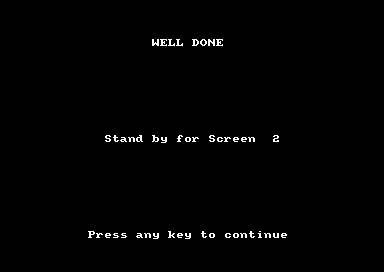 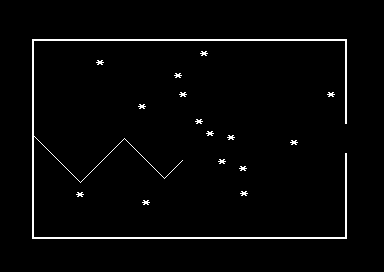 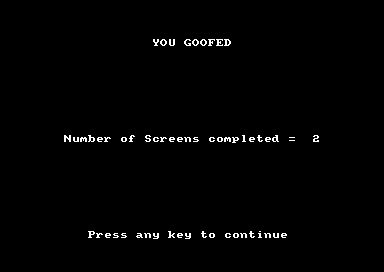 The gameplay â€” press a key to go up, stop pressing a key to go down â€” is a bit like SFCave (obligatory Java version: Lab6 SFCave) or even my current favourite Tiny Wings.

The BASIC version is based on the published type-in. The BCPL version I found as a disk image (2dstardo.dsk) on a download site â€” it’s exactly as I submitted it to the magazine, dubious copyright message and all. I’m not sure how it got out there; I suspect either my network of, ahem, software protection experts I knew through Colin Harris of Nemesis, or it went via my CPC-owning French penpal (Hi Benoit HÃ©bert, formerly of Le Havre).

And here’s the Locomotive BASIC version, as published in Amstrad Computer User: