Back on June 6, I lamented the lack of interest there is in determinedly indie Canadian musician Mayor McCA. How wrong — or premature — I was.

I just heard from Mark at Sonic Unyon records that not merely does the Mayor have a new CD out, but that they’re sending me a copy! Whee!

Better yet, the Mayor is playing a free show later in the month at The Horseshoe, Toronto. This is all on his website, mayormcca.com, along with a track from the new album. Great stuff! 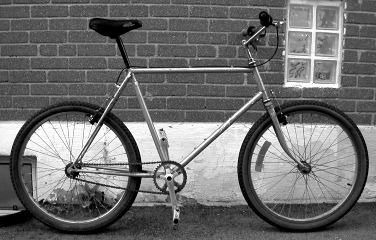 I just got a classic bike from a small ad in a bike shop: a mid-80s Specialized Stumpjumper — with ultra-relaxed 69° angles and retro tiny main tube diameters — converted into a singlespeed.

The frame’s a little rusty, but it’s still lovely. The seller had done the conversion with pretty decent parts, so I’m happy as a clam. And the price was great. And it rides like a dream.

So, only 20 years after drooling over a Stumpy as a paperboy, I’ve finally got one. Wheee!!

You know, you can’t let people like this get away with stuff like that because if it’s a pie today, it could be something else tomorrow.

— Alberta Premier Ralph Klein, after being pied at the opening of the Calgary Stampede. Thanks to The Globe & Mail for the sharp words. 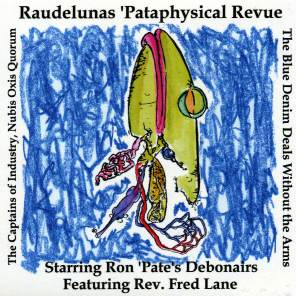 Well, after many years of waiting, Raudelunas ‘Pataphysical Review has made it onto CD. It’s especially nice to see my name on the “Special Thanks” credits.

So how did a Scottish engineer who was only 5 when the original performance took place in Alabama get a credit? Well, long ago, I had a site about Fred Lane. Various people got in touch with me through the site, and before long I was putting members of the original collective in touch with Ed Baxter, who runs Alcohol Records.

So now, after about five years, I have the CD in my hands. It sounds even weirder than it always did. It’s still The Best Thing Ever 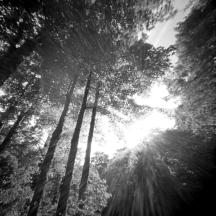 And now, to a birthday breakfastÂ â€¦

This is cool; a station at the end of our street, possibly by the end of the year. Scarborough to downtown in under 20 minutes. I like.

[Bit of background here. I’m Scottish, but I live in Toronto. Canada is big, Scotland isn’t.]

Since coming to Canada, most of the expat Scots I have met are from East Dunbartonshire:

So what’s this all about? Why are so many people leaving East Dunbartonshire for Toronto? Is it the horror of living at 56°N, with dark, windy wet winters? Who can say?

To this end, I will mostly photograph without lenses for a while, using pinholes. A small gallery of mostly pinhole images is hereÂ (or possibly here: Pinhole).

Stewart’s first theory on the evolution of punctuation: the question mark is a stylized representation of an ear. Because a query expects listening, an ear symbol would make sense here.

I heard today that my old HP DeskJet 500 printer is still going strong. This thing must be about 13 years old (I bought it to go with an Amiga 500), and it had some pretty heavy use in the four years I had it. This included printing Catherine’s and my theses — long nights with a spare cartridge and a brutally expensive ream of Mellotex paper.

I’ll bet that no manufacturer makes printers with that kind of staying power these days.

I would have told you about my success with pinhole photography last night, but Toronto Hydro decided we didn’t need electricity. Here’s our backyard during a thunderstorm, taken on a 8×10″ paper negative in a modified mailing box. Effective aperture is f/75, exposure time 24’45”. Photo paper makes slow film! 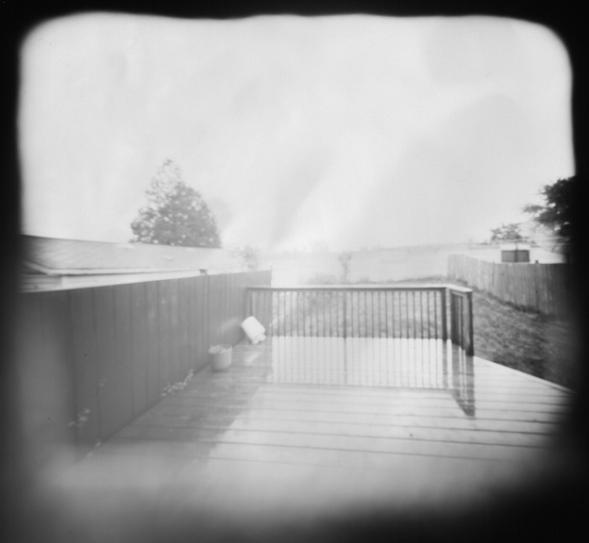 After about a year offline, I’ve put the book What a Life! back online. Someone asked, you see. It’s here. You’ll like it.

I’m glad I was careful with the markup back in 2000 when I did it, ‘cos it only needed minor tweaks to become valid XHTML.

We sampled Len Duckworth’s Fish & Chips (2638 Danforth Ave, just east of Main) tonight. Mmm. Though the halibut was not the Scottish customary haddock, it was really good. The chips were the best. I haven’t had ones this good since frequenting The Unique in Glasgow. All it needs is mushy peas, and it’d be perfect.

I was pleased to hear a few Scottish voices in the crowds. We know good food when we see it.

What’s sad is that Christian Anderson Smith (aka Mayor McCA) doesn’t have a major recording contract. I had to go direct to the distributor, Sonic Unyon (phone 905-777-1223) to get his CDs. There’s no justice.

100 years in, and Ford’s current average car is less fuel efficient than the Tin Lizzy, says The Sierra Club. Way to go, Henry.

For various reasons, I don’t eat “brown” chocolate. I love Reece’s Pieces, and so these are perfect. But with 910kJ per pack, I won’t be eating too many.

Typically, these things are a time-limited edition. Sweets I like always get discontinued. I guess that’s why I make my own.

Today would have been my Grandpa’s birthday. He was the one who made me want to be an engineer.

END_OF_DOCUMENT_TOKEN_TO_BE_REPLACED

Since this is my first entry in my first blog, I think I’m supposed to quote something clever:

For imperial Britain, rapid expansion overseas was a sign not of economic strength but of underlying weaknesses at home. An empire that looked impressive and invincible on the map later proved to be remarkably fragile, shrinking much faster than it had grown. — Eric Schlosser, Fast Food Nation, Afterword.

I’ve just re-read FFN, this time in the extended edition. It’s better the second time around. And he’s right about Conway’s burgers in Colorado Springs — they’re that good.