I’ve got a hankering for some surf twang from my Tele. As it’s quite a nice guitar, I’d prefer not to drill it. After not much luck asking on tdpri.com, I had to do some digging myself.

There are a bunch of options for Vintage-style telecaster bridges. Those are the ones with the familiar “ashtray” bridge, three saddles for a bridge and four screws securing them to the body. One of these is the Vibramate; their V5-TEAS for the Standard is coming out later in the year.

But the Standard bridge is different; it has six blocks, three screws, and is a different length from the Vintage bridge: 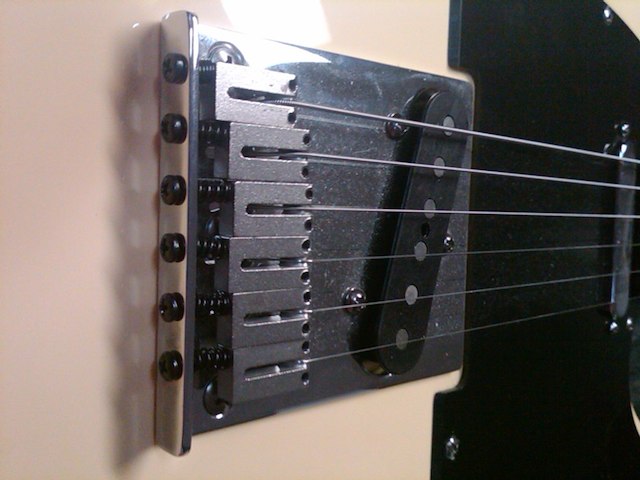 Options for these are fewer: