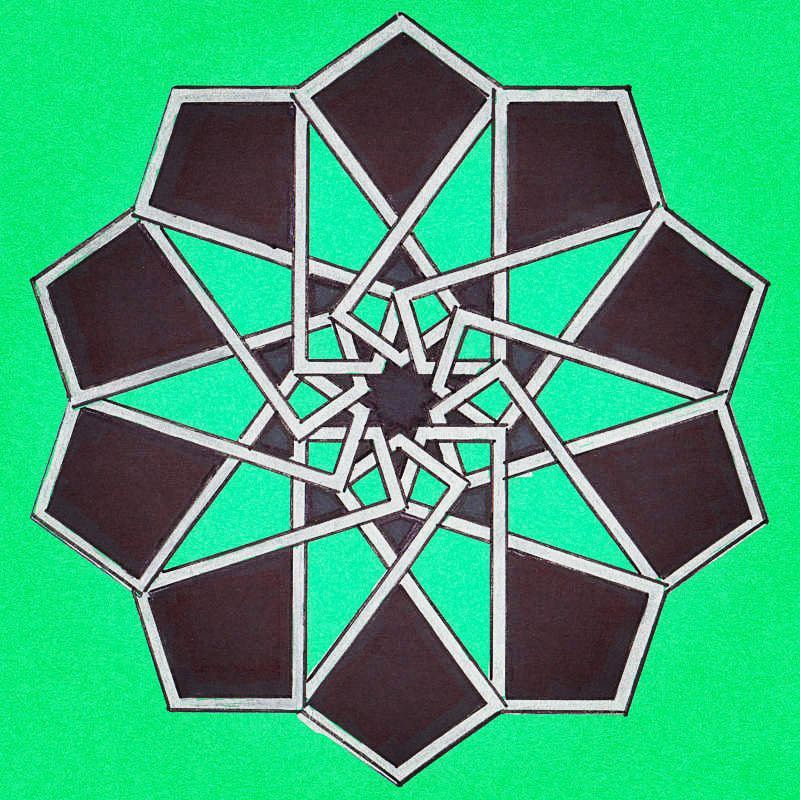 Fun discovery: you can burnish silver Sharpie with a hard, smooth object. Adds a much deeper sheen. 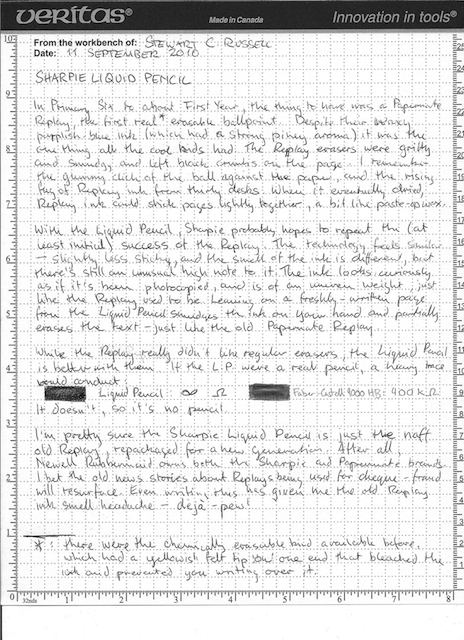 With the Liquid Pencil, Sharpie probably hopes to repeat the (at least initial) success of the Replay. The technology feels similar â€” slightly less sticky, and the smell of the ink is different, but there’s still an unusual high note to it. The ink looks curiously as if it’s been photocopied and is of an uneven weight, just like the Replay used to be. Leaning on a freshly-written page from the Liquid Pencil smudges the ink on your hand and partially erases the text â€” just like the old Papermate Replay.

I’m pretty sure the Sharpie Liquid Pencil is just the naff old Replay, repackaged for a new generation. After all, Newell Rubbermaid owns both the Sharpie and Papermate brands. I bet the old news stories about Replays being used for cheque-fraud will resurface. Even writing this has given me the old Replay ink smell headache â€” dÃ©jÃ  pew!
â€”â€”â€”
* there were the chemically erasable kind available before, which had a yellowish felt tip on one end that bleached the ink and prevented you writing over it.