Rob Cruickshank noted the other day:

Naturally, I had to verify this. So I tuned to the WWV 10 MHz time signal on my amateur rig, tuned a portable radio to CBC Radio 1 FM, which broadcasts on 99.1 MHz in Toronto and recorded them together:

This recording was made directly from the airwaves. There should be effectively no difference between the signal broadcast times, but here we are with the “National Research Council official time signal” going out at a very wrong time indeed. 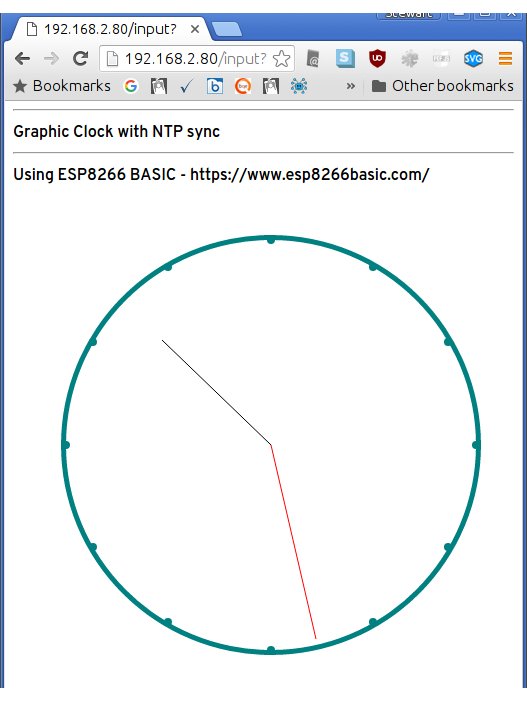 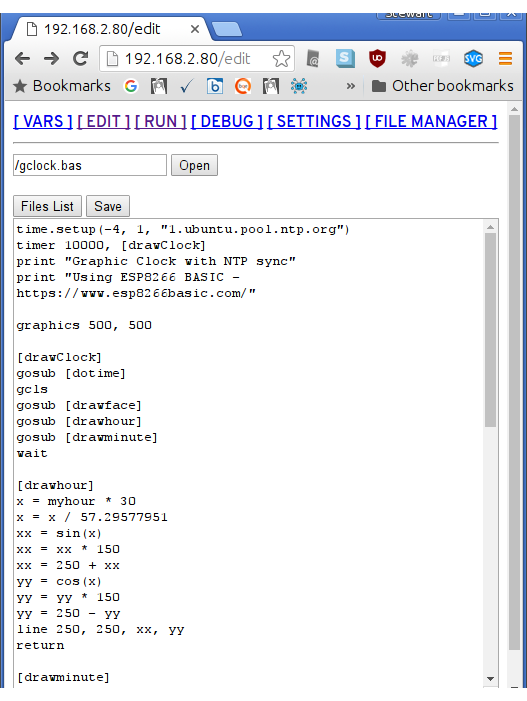 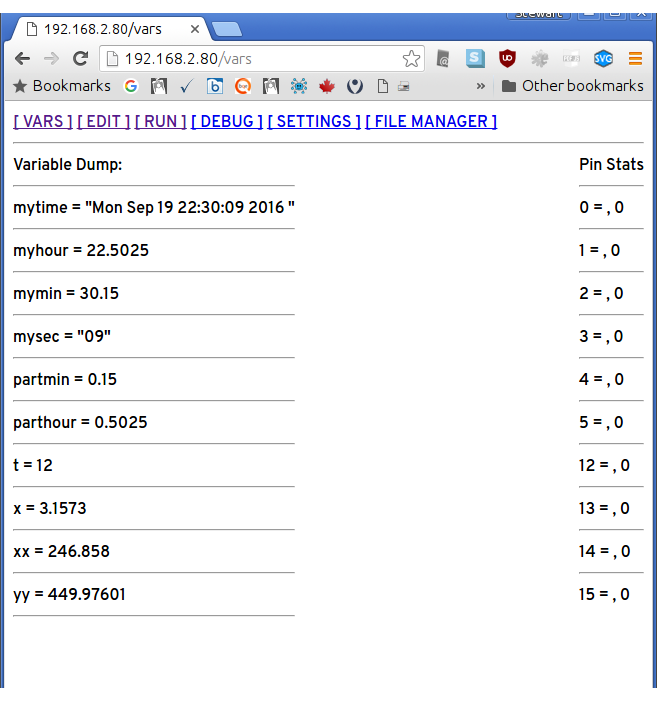 ESP8266 BASIC starts in wireless access point mode, so you’ll have to connect to the network it provides initially. Under Settings you can enter your normal network details, and it will join your wifi network on next reboot. I just hope it doesn’t wander around my network looking for things to steal â€¦

We have a Sharper Image Atomic Big Digit Clock with In/Outdoor Temperature. It picked up the standard time to daylight savings time shift perfectly yesterday morning.

This morning, though, I seemed to be running 10 minutes late. The clock was saying 06:56, when I was convinced it earlier than that. I check my watch; 06:46. Cooker clock, thermostat timer, microwave, NTP-synch’ed Linux laptop; all 06:46.

On resetting the clock, and letting it faff about for a few minutes while it listened to the NIST radio signal from Boulder, it got the time right. I guess there must’ve been a duff signal came through in the night. That’s what you get for blindly trusting technology.