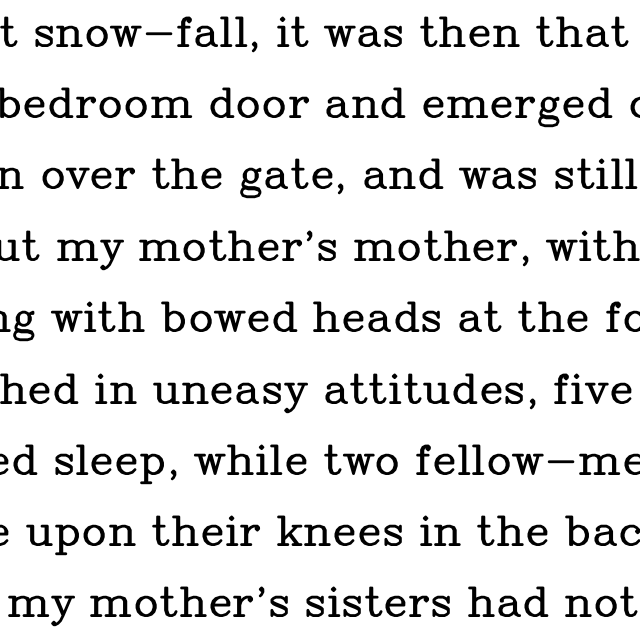 I’m pretty happy with this still-early version of AVHershey Complex Medium. There’s a PDF type sample embedded underneath the image. It’s from Augustus Carp, Esq., a book (and epub) that is now really and truly in the public domain in Canada.

There’s still a lot to do. Even the regular Complex font (which has the best glyph coverage of all of the styles in the Hershey font collection) is needing more work:

And now I’ve got to do the same for two other weights of Complex Roman â€” and then think about all the other variants! I’m not going to touch the Japanese glyphs, by the way; given how limited my knowledge of even Western typography, I doubt I’d be able to advance the representation of Kanji in any useful way.

Considering that the glyphs are made up only of straight line segments, they look not bad in print. Sensitive typographers look away now; here are the control points for â€˜gâ€™: