Richard gave me this book of logarithms, Dr Bruhns’ A new manual of logarithms to seven places of decimals. It had been lurking in his family library for decades. Just look at the layout! 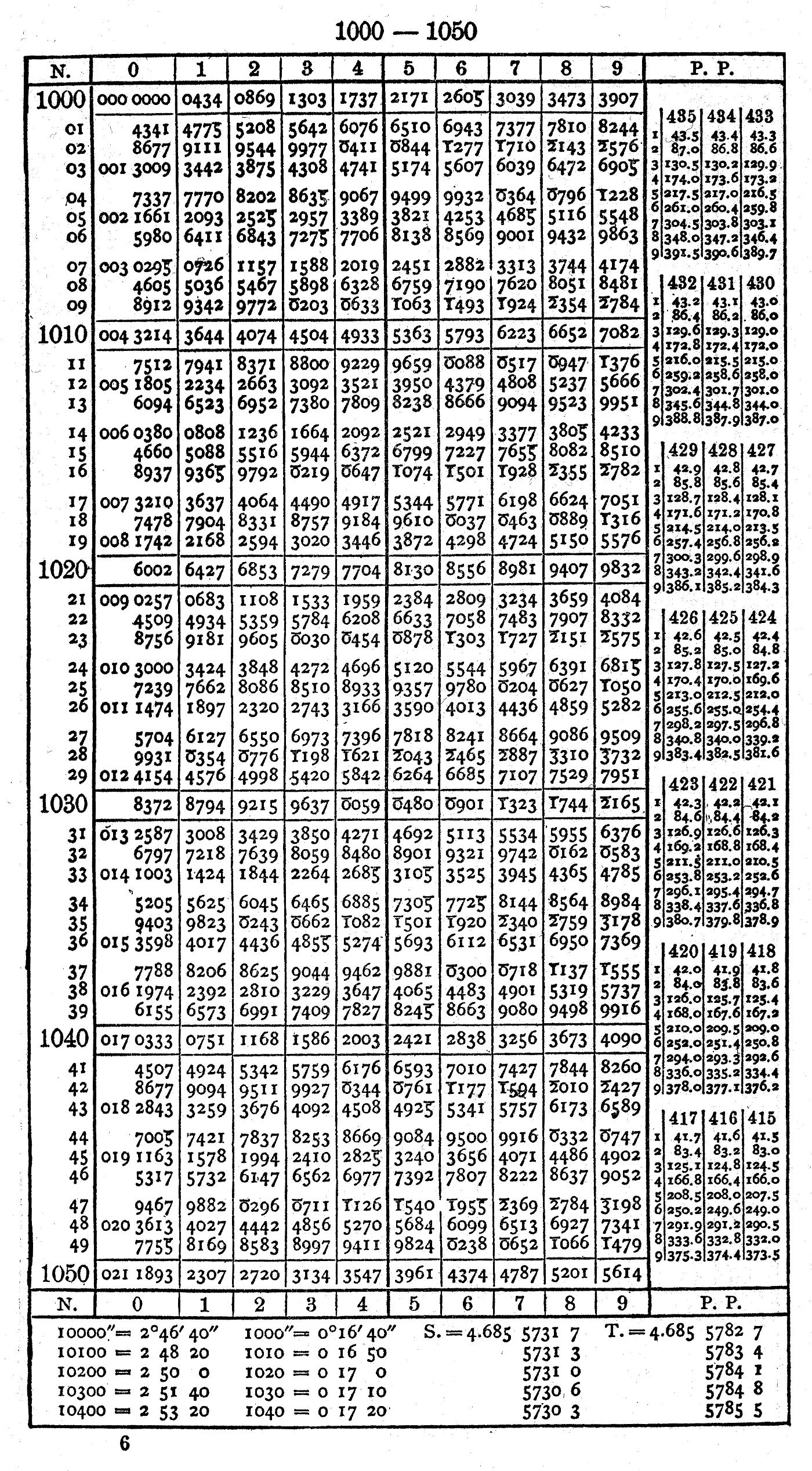 Richard wondered why the book hadÂ  Printed in Germany overstamped with Printed in USA:

Given the date, it’s likely that it was printed from plates, rather than a photographic offset litho process. These plates were expensive to modify, so for a student reprint of a well-established textbook, it would have been cheaper to hand-stamp over the front page.

Because accuracy of reproduction is important for log tables, the many editions of Dr Bruhns’ tables were proud to be copied from printing plates so no new errors were introduced:

Stereotyping was an old way of copying printing plates, first with papier machÃ©, and later by electroplating/electrotyping. Because it was a cheap way of getting articles and pictures reproduced in newspapers, stereotype came to have its modern meaning. The word clichÃ© also comes from the same process, as it was an onomatopoetic French word for the sound of molten casting metal hitting the papier machÃ© mould.

There are many copies of this book in the Internet archive:

Anyone want to check ’em for errors? There used to be a Prussian gold piece available if you found an error, but Prussia’s not returning our calls these days.

There’s one last surprise (or potential horror) in the book: a table of local definitions of the foot measure before metrication (and, since Dr Bruhns gotta bruhn, the logs of each number): 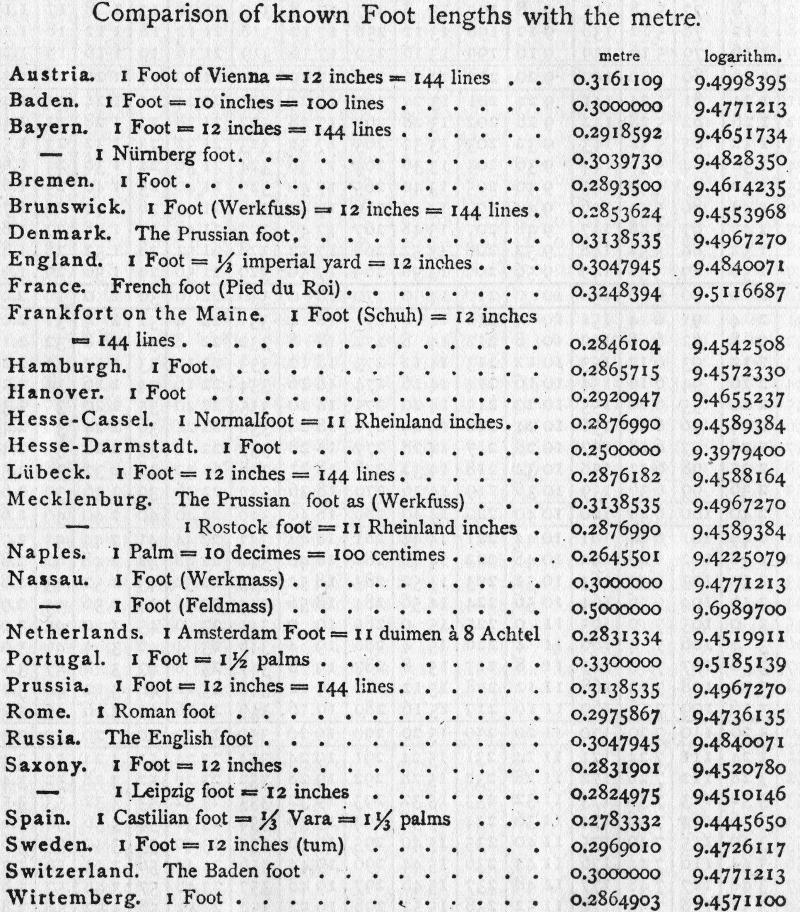