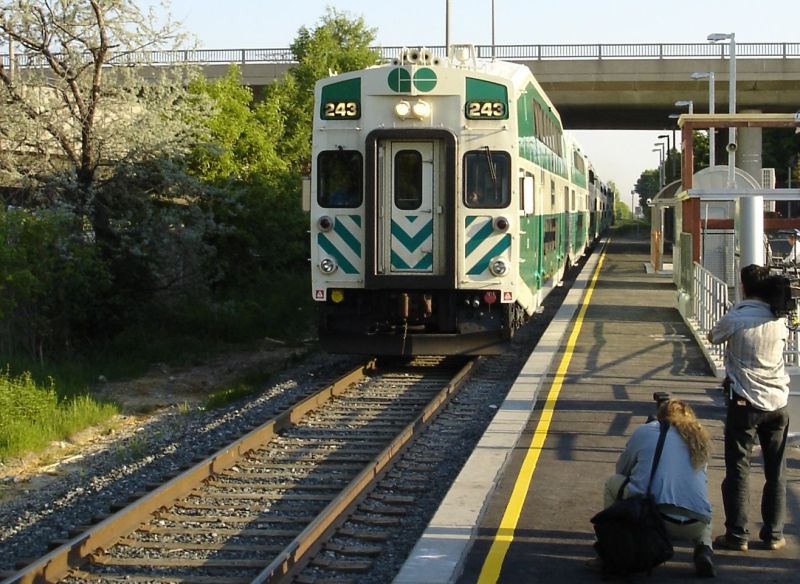 It finally opened, with a big free breakfast bash (which I didn’t know about) and much Transport Minister appearances/festive atmosphere. Amidst all of the party, the GO staff at the station were a bit surprised that a) I wanted to get on the train, and b) that I actually had a valid ticket.

So the train arrived a couple of minutes early, and I got on — the only person to do so. We grumbled off down the line (the Stouffville regulars saying hi, in a friendly way) and got into Union with just enough time for me to pick up a coffee and make the Burlington train. There was actually very little time or money saved, but there’s virtually no hassle.

And just to prove I really did get that train: