BIXI Toronto had a demo station outside MEC today. They had a few slightly beat-up (I suspect, ex Montreal) bikes on display at a station and for test riding. 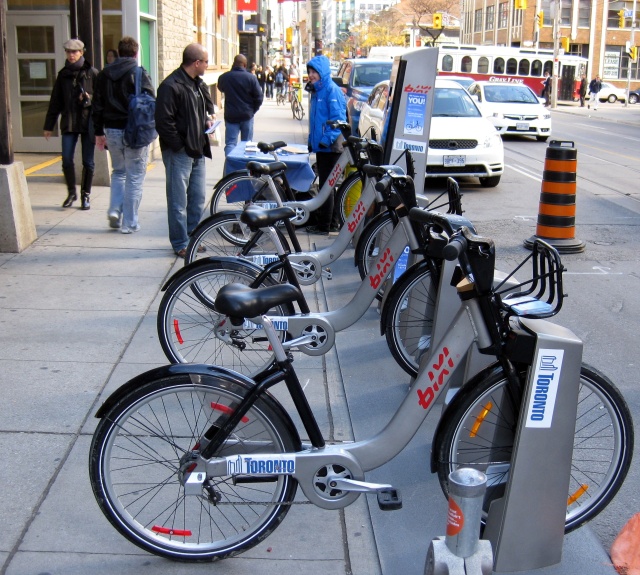 I checked out one the bikes for a ten minute test ride. For such a solid bike, I was impressed with its swiftness. You won’t find yourself hopping curbs, but the big smooth tyres roll fast. 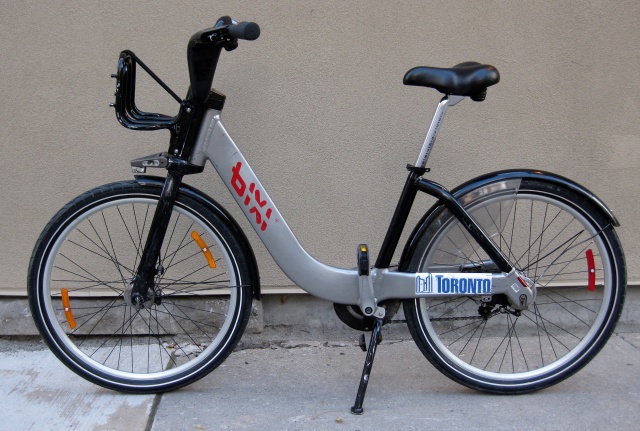 The bike’s pretty sensible, with a fully guarded chain, guards, dynamo lights and a front carrier. 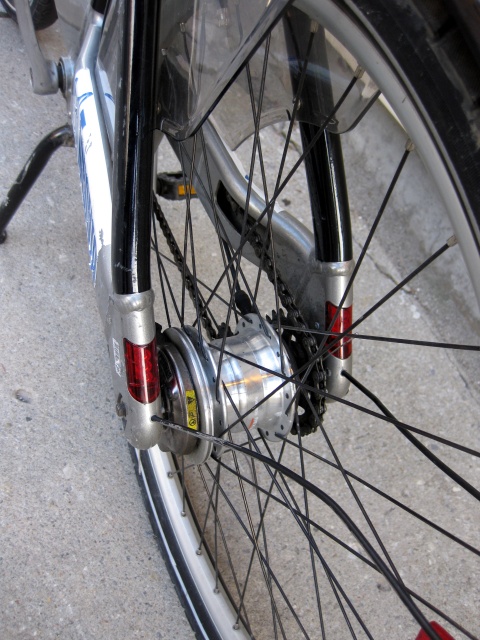 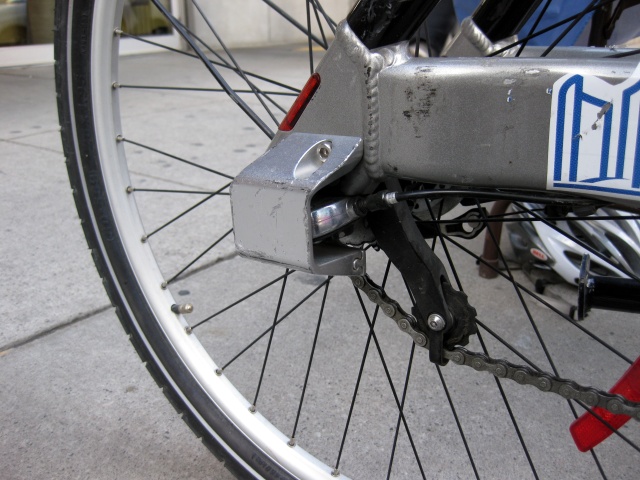 The pointy nose at the front locks into the Bixi station: 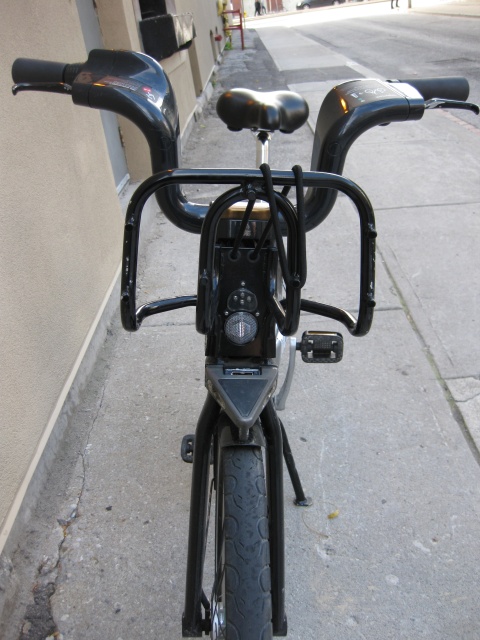 All the controls are where you’d expect them: 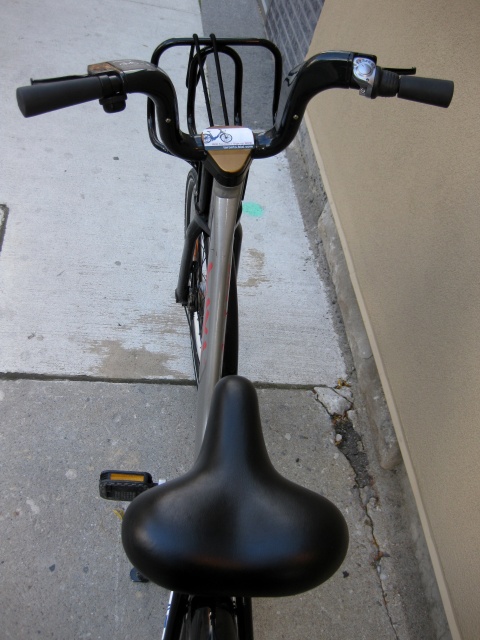 And a graduated seatpost for us tall forgetful types: 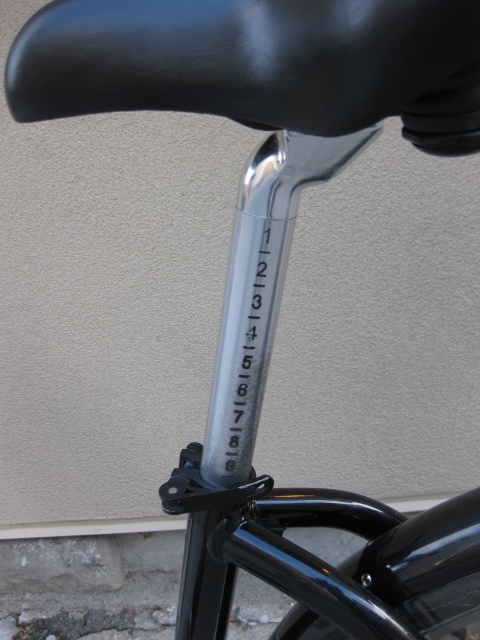 The one thing I was disappointed with was the brakes. My bike has similar Shimano units. They’re a bit gentle, but they do stop you. The ones on the loaner bike brought back memories of trying to stop in the rain on my steel-rimmed paperboy bike.

Still, I’m really looking forward to Bixi arriving in the city next year.