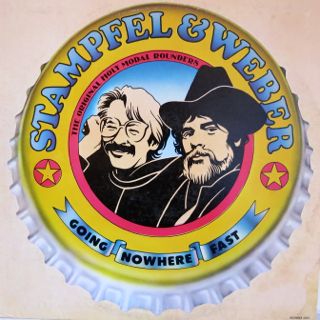 Damn, this is a fine album. Credited as “Stampfel & Weber — The Original Holy Modal Rounders”, it’s a 1981 Rounder release that’ll probably never see the light as a digital release. And that’s a crying shame.