My phone now rings the Uridium theme, thanks to smashTheTONES.

I really should’ve gone for the quacking bit at the end of Pink Floyd’s Bike. Or something by Neutral Milk Hotel. Or Of Montreal. Man, my GPRS charges are gonna be huge this month.

Fantastic tracks, many of which I’d never heard of before: Robyn Hitchcock: Demos and Rough Sketches – October 1990.

This will only be up for a week or so, as there’s only so much disk space a man can have.

m4p2mp3 — helper to turn an iTunes protected M4P to an MP3, so I can play music I have bought on my MP3 player. Probably runs best on a Unix-like OS.

You will need Perl, some M4Ps, mono, FairKeys, DeDRMS, faad, and lame. You’ll need to edit the script to say where the DeDRMS.exe file is. You’ll need to have run FairKeys to pick up your account details from Apple’s server.

Does the conversion via WAV, so you’ll definitely lose something. As written, MP3 file sizes are about 15% larger than the M4P. Doesn’t handle invalid MP3 genres gracefully at all; there is the beginnings of a mechanism to do this in the code, though.

This script doesn’t know anything about decryption, and thus contains no code to circumvent DRM.

A sample ini file so you can see how to set this up: welch_rawlings_shepherds_bush.ini.

At the moment, this just generates output that you’ll need to feed to sh, but it handles renaming, converting and tagging MP3s to my satisfaction.

Update: it doesn’t handle FLAC tags, even though they’d be a good source of metadata. I may look into implementing that some day. 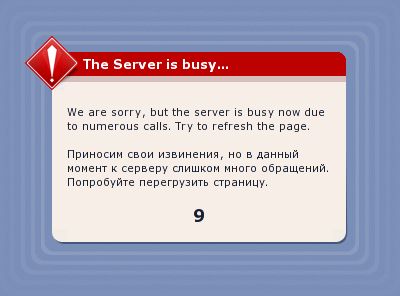 This is what allofmp3.com is currently looking like. Grr …

I use — and quite like — AllofMP3.com. While it’s good that they don’t require special software to download the songs, clicking and saving each link on a page is a pain.

If you save the download page basket.html, you’ll be able to run the following one-liner to get all the files from it:

Update: Well, as you can see, the above code is all munged, but it’s moot since allofmp3 is basically dead and gone. If the service still works, one of the wget tricks in the comments will work as expected.

I’ve been looking for a program that would, given a directory of MP3s ripped
from a CD, calculate the freedb DiscID, and get the names from there. Today I found mp3cddb, a Perl/shell program to do just that. It’s a little old — it only supports ID3v1 — but it’s GPL, so we can fix it.

I left emusic — despite me originally saying this — because they changed. Unlimited downloads went away.

I did download a ton of good music before unsubscribing. But they let me down — they shouldn’t have promised what they couldn’t sustain. Just like Bigfoot For Life, who promised free, unlimited e-mail forwarding for life, only to turn around and start charging.