Two new small wind turbines have appeared along Highway 8. Both are near Clinton.

The first is an 80kW WES. I’m not really a huge fan of two-bladed wind turbines, but at least the old Lagerwey design is well proven. 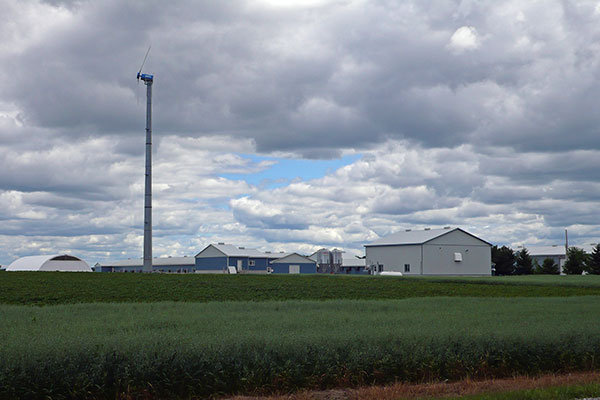 The second is a bit more of a mystery. Apparently installed by a local trucking company, it reminds me of design from the 1980s, but I can’t remember which. This one’s nearer Vanastra. 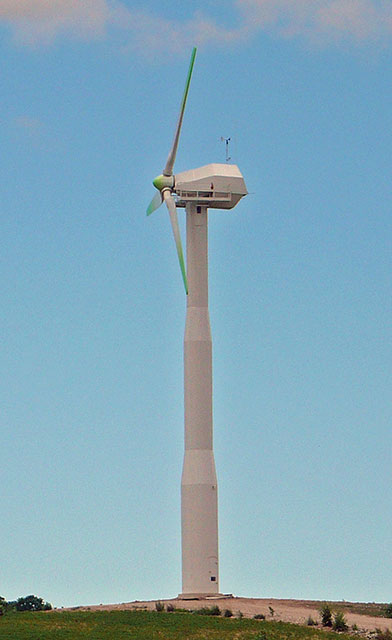 Hey, I can see the WindShare wind turbine from my office window. It’s not running…

Windsave’s revised figures are much more credible, but until we have real figures backed by a few years of installations, there’s little more we can say about them. I’m a little concerned that, although there are claims that 1000s of these machines have been sold, there’s not a single real photo of one on the web.

I’m going to enjoy putting up an anemometer and logging system alongside the urbine downtown. We’ll see how it runs.