Took my dulcimer back off consignment from Jeff Menzies, and you know what? I’m going to keep it. It’s really well made, and plays nicely. Why did I ever want to consign it in the first place?
(Gave me an excuse to drive up to Jeff’s place in Churchill, ON – which isn’t really near anywhere, but not that far away, either.)

Friends, I give you Mel Bay‘s Fun With The Dulcimer: 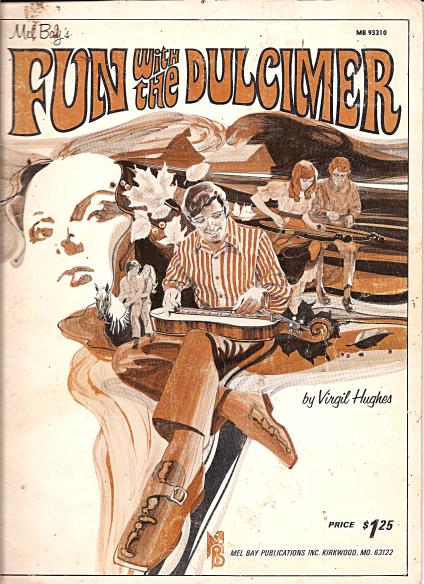 I bought an Appalachian dulcimer yesterday. It’s beautifully made by Peter Cox of Waubaushene, Ontario. The top is a slab of old pine that was originally a rafter in an old farmhouse.
Despite its initial unusual appearance (played on the lap, modal frets, four strings – two of which are in unison – tuned ddAD), it’s extremely hard to make an unpleasant noise with one. Part of its charm is that it’s very quiet (so only those nearby are annoyed – and since Catherine‘s away …), but you can also pick out simple tunes easily. Less than a day after getting it, I’d picked out a recognizable version Speed of Things, my favourite-ever Robyn Hitchcock song.

Peter recommended the book In Search of the Wild Dulcimer, which I’ve discovered is available online from the author’s site.