NB: this is in theÂ  early stages of development, but does work. It’s by no means a plug-and-play solution. You’re going to have to do some coding, and perhaps some soldering. Undaunted? Read on â€¦

I really like theÂ Blue Line Innovations PowerCost Monitorâ„¢ (aka the Black & Decker Power Monitor EM100B). I bought one long before the OPA started to give them away free to Ontario households as part of their peaksaver PLUS program. It’s a little device that clamps to your hydro meter and sends instantaneous power readings to a display. 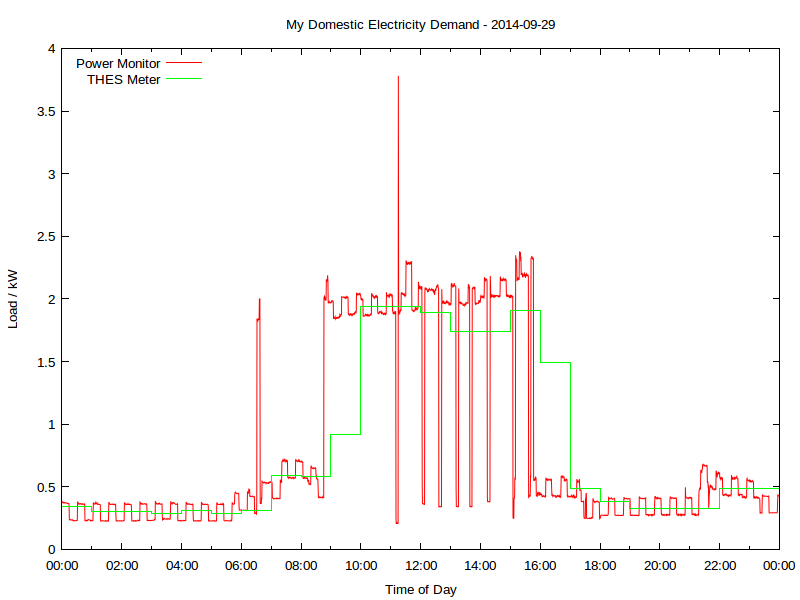 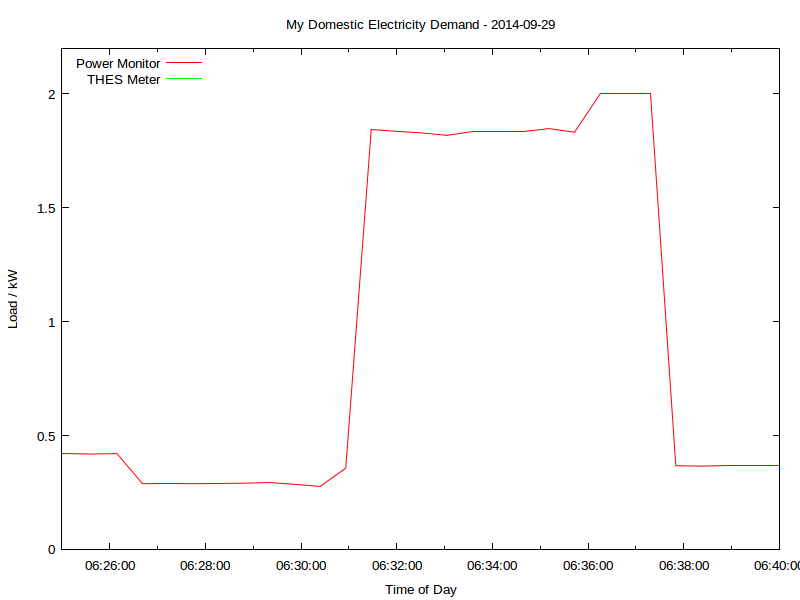 That’s me boiling the kettle. You can see that the time resolution is better than a minute, and the power is to the watt. Mmm, coffee â€¦

Some rough notes on mark/space timing (all times in Âµs):

Mark/space times, by frequency (all times in Âµs):

Thanks to Randy Simons and Bryan Mayland for the recent help. Thanks too to Brett â€œWiringâ€ Hagman for asking just why I was trying to do this â€¦