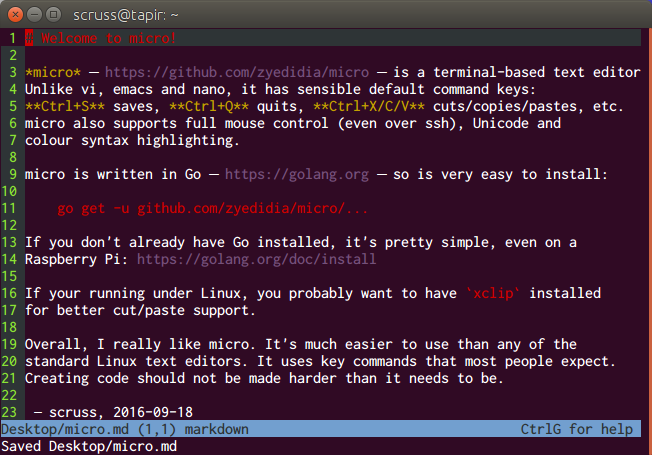 micro is written in Go â€“ https://golang.org â€“ so is very easy to install:

If you donâ€™t already have Go installed, itâ€™s pretty simple, even on a Raspberry Pi: https://golang.org/doc/install

Overall, I really like micro. Itâ€™s much easier to use than any of the standard Linux text editors. It uses key commands that most people expect. Creating code should not be made harder than it needs to be.