I’m a bit of a sucker for odd digital radio modes at the moment. Sometimes, a whole new set of tones comes through the waterfall, and I’m left wondering what it is. I’d read about Hellschreiber before, and thought that no-one could possibly want to use a mode that turned your radio into a very slow dot matrix printer.

Last night, I sent out CQ on 40m, and was immediately answered by Don (WB8MKH) in Michigan. We had a good long talk, and Don let me know about the Feld Hell Club and their monthly sprints. I didn’t think I’d be much for contesting, but this sets my nerd whiskers aquiver. 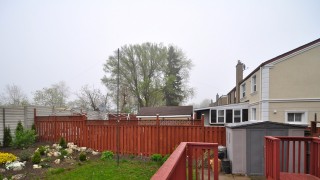 There it is – I finally have the antenna installed. Works like a champ on 30 to 6m — when I remember to tune it, that is. I’d really like to thank Bob Morton of Maple Leaf Communications for helping me with the equipment choice. There’s also a J-Pole for VHF-UHF out of shot, but they’re not so interesting.

I’ve spoken on local 10m nets (and probably blasted people away, as I was on 100W and didn’t realize it). I’ve mostly been working PSK31 on 20 and 30m — so far, I’ve reached Poland, Russia, Wales, Germany, the US (from WA to FL), the Canary Islands, Venezuela, and Puerto Rico (and been gently berated from there for using too much power, oops). While it would be easy to e-mail folks in all of those countries, with PSK31, you don’t know who you’re going to get. All these folks can be calling in on the waterfall, and if you and they can exchange messages, they’re your neighbours, whether they’re in Podgorny or next door. 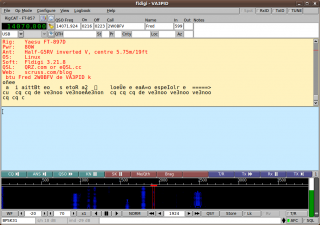 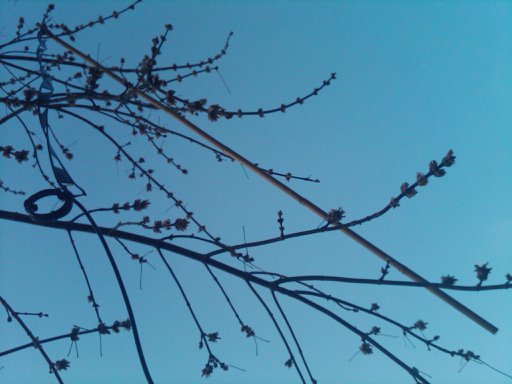 Well, the above may not be the most orthodox antenna placement, but my Maple Leaf Communications Portable J-Pole works a champ when wedged in the tree by our deck. Important reception equipment is here:

I was on two nets tonight; the SARC 2m net and The Mississauga Amateur Radio Club‘s 8:30pm 2m net. I think I’ve got the hang of squelch on the Wouxun now — thanks to Chris and Nick (VE3CLT [of the awesome PC PSU mod] and VE3EBC) for the advice basically to never use CTCSS on a repeater that you’re not 100% sure uses it.

The rig I was looking at — the Yaesu FT-8900R — appeared to be considerably cheaper than all the other multi-band units. It appears that it’s FM only, which is rarely used on the HF bands. The considerably more expensive FT-857D is the cheapest unit that will do 10m/6m/2m/70cm, which I reckon is pretty much where my interest lies.