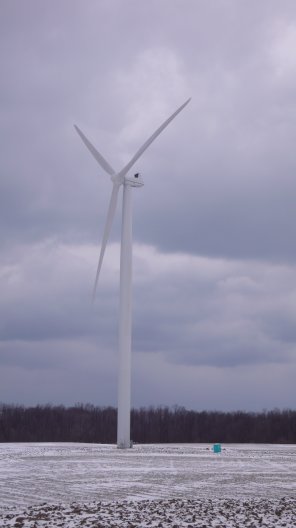 Yesterday — five years after the WindShare turbine started generating — Sky Generation‘s Ravenswood wind farm was officially opened. Ravenswood is the first wind farm built under the Ontario Standard Offer program, and four of its six 1.65MW turbines operate under that system. The other two turbines supply power to Bullfrog. 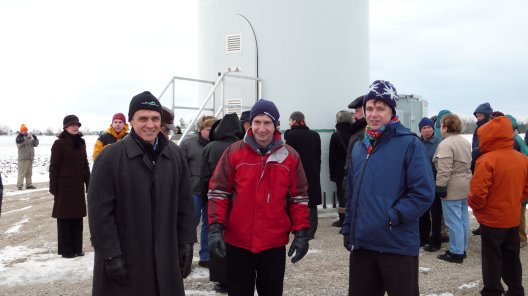 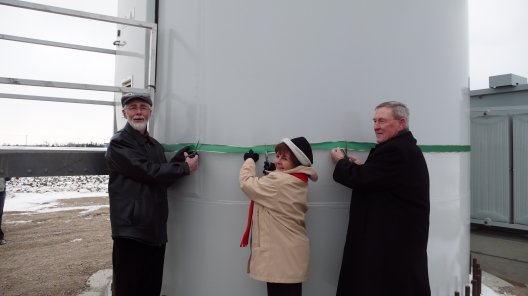 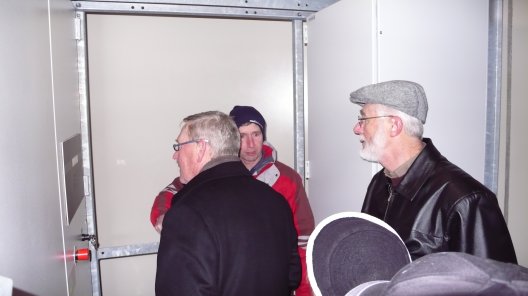